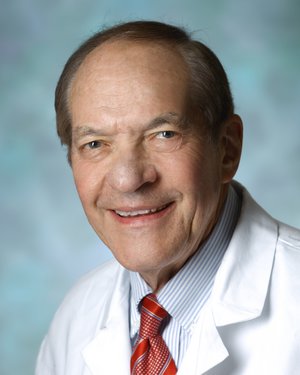 Dr. Drachman is a leading authority on myasthenia gravis and other neuromuscular diseases. He first showed that myasthenia gravis is an autoimmune condition. Using botulism toxin many years before it was introduced for clinical use, he demonstrated that muscles wasted without motor neuron stimulation, a principle important in the pathogenesis of diseases such as ALS and Duchenne muscular dystrophy. He is a founding member of Johns Hopkins' Department of Neurology, which was established in 1969. An outstanding teacher, mentor and lecturer, he has received many honors and awards including the 2002 Lifetime Achievement Award from the World Federation of Neurology. One of the founding members of the department of Neurology, Dr. Drachman was elected to the Institute of Medicine, one of the highest honors in the fields of health and medicine, in 2014.