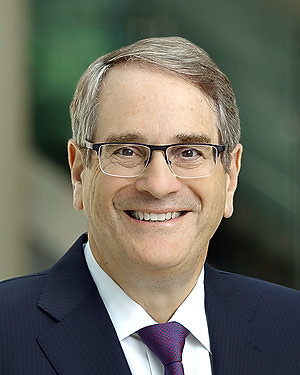 Dr. Henry Brem has developed new tools and techniques that have changed the field of neurosurgery. Dr. Brem carried out the pivotal clinical study that introduced navigational imaging into the neurosurgical suite.  His work led to the FDA's approval of the first image guidance computer system for intraoperative localization of tumors.  Furthermore, he has changed the surgical armamentarium against brain tumors by inventing and developing Gliadel® wafers to intraoperatively deliver chemotherapy to brain tumors.  His work has shown that surgeons can accurately deliver potent therapies directly at the tumor site.

Dr. Brem received his undergraduate degree from New York University, his medical degree from Harvard, and trained in neurosurgery at Columbia.  At Hopkins, he has built one of the largest brain tumor research and treatment centers in the world.  He reinstituted the Hunterian Neurosurgery Laboratory (originally founded by Cushing) and has trained numerous researchers who have revolutionized the fields of intraoperative imaging, angiogenesis, immunotherapy, and controlled release polymers for drug delivery to the brain.

Dr. Brem has changed the surgical treatment of brain tumors by introducing new approaches for targeted therapy.  He developed new classes of polymers and microchips for drug delivery that are custom synthesized for the agent being developed.  The polyanhydrides, which were the first new treatments for brain tumors that the FDA had approved in 23 years, have been shown in his laboratory to be biocompatible and potent. He then designed and led the clinical trials demonstrating safety and efficacy.

Dr. Brem has used his laboratory experience to design and lead many novel multi-institutional clinical trials to prove the safety and efficacy of this approach in patients with brain tumors. His work has been continuously funded by the NIH since 1982, and is currently funded by several active grants.

Dr. Brem's teaching was recognized by the Hopkins Professors Award for Excellence in Teaching in 1996.  In 1998 he was elected to the Institute of Medicine of the National Academy of Sciences.  In 2000 he was awarded the Grass Award by the Society of Neurological Surgeons for meritorious research; in 2001 he received the Founders Award of the Controlled Release Society; in 2004 he received the New York University Distinguished Alumni Award; in 2005 he was co-recipient of the Society for Biomaterials Technology Innovation and Development Award and was named the Coleman Fellow in Life Sciences at Ben-Gurion University. In 2011 he delivered the commencement address for the Johns Hopkins University School of Medicine. He has been recognized by the Castle Connolly Guide each year from 2002 in “America’s Top Doctors”, and from 2005 – present in “America’s Top Doctors for Cancer”. In 2013, the Society for Neuro-Oncology and the Section on Tumors of the AANS/CNS named him as the recipient of the Abhijit Guha Award. In 2014, The Johns Hopkins University established the Henry Brem Endowed Chair in Neurosurgery. In 2015 Dr. Brem was selected to receive a Castle Connolly National Physician of the Year Award for Clinical Excellence. The award is given annually to five physicians whose dedication, talents and skills have improved the lives of thousands of people throughout the world.

In 2000, Dr. Brem was named director of the Department of Neurosurgery at Johns Hopkins. Since his appointment, Dr. Brem has brought to Johns Hopkins many of the nation’s best neurosurgeons, who share his philosophy to provide the best clinical care, while pushing research boundaries to enhance patient’s outcomes in the field of neurosurgery. Dr. Brem strives to ensure that each patient receives the best possible state of the art care in neurosurgery from his team. In addition, patients can be assured that they will have a team of physicians and scientists who are thinking about the patient’s problems and design the best therapy possible across all disciplines and sciences. Patients can also be assured that the latest research, the newest technology, and the best possible and most innovative therapies will be made available to them.

Dr. Brem and his team have established one of the best fellowship and residency programs in the US. His mission, which extends through his team, is to train the next generation to be cutting-edge neurosurgeons who will become academic leaders in their field. Brem’s leadership and his team were recognized by U.S. News & World Report in 2010, when it ranked Johns Hopkins as the #1 neurosurgery program in the nation,   a distinction it held for four consecutive years. In 2014 the Neurosurgery Residency Program was ranked in the top three Neurological Surgery Residency Programs in the US by U.S. News & World Report and Doximity.

Dr. Brem has an active role in Johns Hopkins University. In addition to his role as chief of neurosurgery he had led several medical school wide safety initiatives including organizing and leading the clinical directors to identify safety issues across departments and implement processes to improve patient safety. His commitment to patient safety is further demonstrated by being a founding member of the Armstrong Institute for Patient Safety and Quality, a multi-disciplinary Institute for implementing optimal patient safety procedures.  Dr. Brem has served on eleven Departmental Chair search committees as well as chairing two searches (ophthalmology and anesthesia).

Dr. Brem is committed to collaboration across disciplines to inspire and facilitate the translation of scientific advances for direct patient benefit.  As such, he has helped found Johns Hopkins Brain Science Institute and is co- principal investigator of the Johns Hopkins Coulter Foundation “Translational Research Partners Program” which funds and supports innovative biomedical engineering projects across disciplines that have potential to rapidly develop into useful products for patients. He served for eight years as the Chairman of the Budget and Finance and Planning Committee of the Johns Hopkins Clinical Practice Association. Dr. Brem chaired the LCME Institutional Setting Subcommittee for the Johns Hopkins School of Medicine Accreditation Site Visit (2014) for its successful re-accreditation.

Dr. Brem has built collaborative neurosurgical programs in the Washington Capital region and facilitated Hopkins Neurosurgery programs in many countries throughout the world.

Dr. Brem is committed to international collaboration. He serves on the executive board of the Maryland Israel Development Corporation which facilitates the relocation of Israeli biotech companies to Maryland, resulting in beneficial scientific and economic contributions to Maryland and Hopkins. He has led a Hopkins delegation to China to establish new collaborations and has played a leadership role in establishing neurosurgical programs in the Persian Gulf. He has helped start several biotechnology companies and has served on their Board of Directors and Scientific Advisory Boards.

To sustain his vision of combining scientific progress with improved clinical outcomes, philanthropy is important to Dr. Brem.  He has raised over $30 million to establish a Neurosurgery Pain Research Institute at Johns Hopkins.  During his chairmanship, the Department of Neurosurgery has raised over $109 million, including nine endowed chairs to support, sustain and stabilize the department’s spirit of innovation and excellence.

In summary, over the past 30 years, Henry Brem has introduced new therapeutic approaches to Neurosurgery.  His devotion to patient care, clinical excellence and translational science has brought together a unique group of neurosurgeons and investigators that have changed the field of neurosurgery. His approach to science and medicine has also had significant impact throughout Johns Hopkins. His trainees have gone on to distinguished careers in science and medicine and are serving in leadership roles throughout the world. He continues his practice of complex brain surgery and to lead the Johns Hopkins Neurosurgery Department.

Dr. Brem is the principal investigator in the Johns Hopkins Comprehensive Subependymoma and Ependymoma Research Center. This research center conducts basic science, translational and clinical practice research with the goals of optimizing current treatment options and developing new therapies that will positively impact the care and lives of patients with subependymomas and ependymomas, primary central nervous system (CNS) brain tumors

Podcast: How to Choose a Neurosurgeon