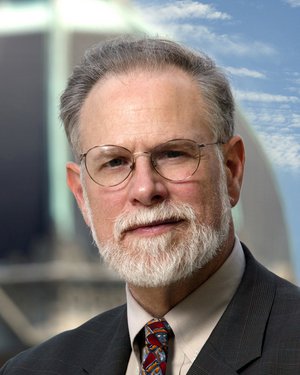 George Dover on ‘Beyond Bricks and Mortar

Former director of the division of pediatric hematology at Johns Hopkins, Dr. Dover has a long history in the study and treatment of sickle cell disease (SCD), a genetic condition that affects nearly 100,000 Americans, most of them African American, as well as people of Middle Eastern and Mediterranean descent. This disease is named for the unusually sickle-shaped red blood cells that the condition causes. Sickle cell disease causes red blood cells, the body’s transporters of oxygen, to become rigid, which in turn reduces their oxygen delivery to vital organs and causes cells to get stuck in the blood vessels, leading to severe pain and so-called “sickling crises,” which require transfusion and hospitalization.

Dr. Dover was responsible for many of the initial observations of the biology and genetic control of fetal hemoglobin, a type of hemoglobin that makes red blood cells less likely to bend and clump. He became one of the pioneers in the area of pharmacologic manipulation of fetal hemoglobin, and has made many substantial contributions to the field. Along with Johns Hopkins’ Samuel Charache, M.D., Dr. Dover discovered that the cancer drug hydroxyurea can boost fetal hemoglobin and decrease the excruciating pain of sickling crises, as well as respiratory complications known as acute chest syndrome. The discovery catalyzed the drug’s FDA approval for treatment of sickle cell disease pain crises. To date, hydroxyurea remains the only FDA-approved drug for treatment of such episodes.

A 1968 graduate of Washington and Lee University, Dr. Dover received his medical degree from 1972 from Louisiana State University Medical School in New Orleans. He trained in pediatrics at Johns Hopkins Hospital, where he also completed a fellowship in pediatric hematology/oncology before joining the Hopkins faculty in 1977 as an instructor and a research associate in the Howard Hughes Medical Institute for Human Biochemical Genetics.

Moving up the ranks at Johns Hopkins, Dr. Dover directed the division of pediatric hematology from 1990 to 1996 until his appointment in 1995 as director of both the department of pediatrics and the Johns Hopkins Children’s Center. In recent years, he led faculty and staff in the development and design of the Charlotte R. Bloomberg Children’s Center, a state-of-the-art pediatric building on Johns Hopkins’ East Baltimore campus, which opened in May of 2012.

The author of over 100 peer-reviewed publications as well as author or co-author of more than 26 book chapters in the fields of pediatric hematology and genetics, Dr. Dover has been a consultant on numerous NIH grants and is active in federal government advisory committees. He was the chairman of both the NHLBI hematology study section and the DSMB for the NIH Comprehensive Sickle Cell Centers and also a board member of the Cooley’s Anemia Foundation.

His research in molecular biology and genetics, thalassemia and sickle cell disease was continuously funded by the NIH at the R01 level for over 20 years. In addition, he has been the principal investigator on two NIH-funded training grants: the “Child Health Research Career Development Award” and the National Institute of Child Health and Human Development’s “Institutional Training for Pediatricians.”

Dr. Dover’s research in molecular biology and genetics, thalassemia and sickle cell disease was continuously funded by the NIH at the R01 level for over 20 years.

He, along with colleague Samuel Charache, M.D., discovered that the cancer drug hydroxyurea can boost fetal hemoglobin and decrease the excruciating pain of sickling crises, as well as respiratory complications known as acute chest syndrome. As a result, the FDA approved hydroxyurea for the treatment of sickle cell disease pain crises. Hydroxyurea remains the only FDA-approved drug for treatment of such episodes.

Part 1, Genetics and Pediatrics: Beyond Genomics