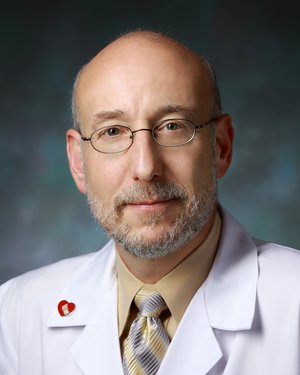 Steven Schulman, M.D. attended the Johns Hopkins University School of Medicine in 1981. He fulfilled his training in internal medicine and chief residency, as well as completing his cardiology fellowship at Hopkins. Dr. Schulman joined the faculty in 1988 and became director of the Coronary Care Unit (CCU) in 1992, where he led several clinical trials looking to improve care in patients with acute myocardial infarction. Dr. Schulman currently attends in the CCU 4 months a year, admitting over 100 patients a month and treating them for advanced cardiovascular care. He has won numerous teaching awards from Hopkins residents and fellows over the years. While attending in the CCU, Dr. Schulman teaches and guides the next generation of residents and fellows about acute cardiac care. Additionally, over the last three years Dr. Schulman has run the fellowship selection process for cardiology fellows. In July 2012, Dr. Schulman will become the new Cardiology Fellowship Program Director at Johns Hopkins.