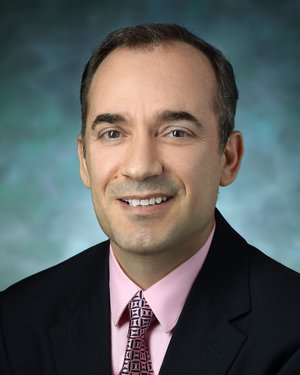 Dr. Yousef Salimpour is an instructor in neurological surgery and faculty member of the Johns Hopkins Department of  Neurosurgery. His research mostly focuses on understanding how the human brain’s cortical network changes in the course of neurological disease, and how it could back to the normal function by using neuromodulation technique such as brain stimulation. Currently, his studies cover movement disorder, Parkinson’s disease, and epilepsy but some of his brain stimulation techniques have a potential to extend to other neurological disorders.

Dr. Salimpour received his undergraduate degree in electrical engineering and control science from Sharif University of Technology in Tehran. He earned a master’s degree in electrical engineering and biomedical science from Tehran University of Medical Sciences and Science and Technology University, and a Ph.D. in neuroscience from the Institute of Fundamental Sciences. Dr. Salimpour completed his first postdoctoral fellowship in the neuroscience and neuroengineering track in the Department of Biomedical Engineering, and then finished the second one in the human electrophysiology track in neurosurgery department at Johns Hopkins School of Medicine. He joined the Johns Hopkins School of Medicine faculty in 2015.