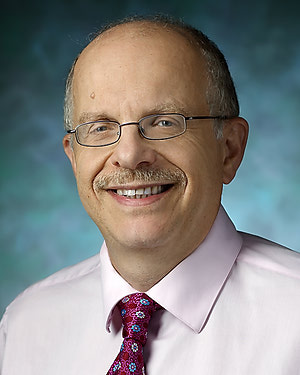 Dr. Polotsky is a pulmonary, critical care, and sleep medicine physician.  He is an expert in the diagnosis and treatment of sleep disordered breathing.  He provides teaching to medical students, residents, pulmonary and sleep fellows at Johns Hopkins. Dr. Polotsky oversees research training of sleep fellows across the Johns Hopkins University as the PI of the sleep training grant.

Obstructive sleep apnea (OSA) is a highly prevalent disease affecting 25-30% of the adult population and more than 50% of obese individuals. OSA is a major cause of morbidity and mortality in Western society. OSA plays a major role in the development and progression of cardiovascular, neurocognitive, and metabolic diseases. Dr. Polotsky has made major contributions to understanding of cardiovascular and metabolic consequences of OSA.  He has developed several animal models of OSA, including a high throughput mouse model of intermittent hypoxia mimicking the oxyhemoglobin profile in patients with OSA. Using this model, Dr. Polotsky has made several seminal discoveries.  Specifically, he has demonstrated that intermittent hypoxia induces insulin resistance and glucose intolerance, especially in obese mice and that effects of intermittent hypoxia and sleep apnea on glucose metabolism are mediated by the sympathetic nervous system via the carotid bodies. Dr. Polotsky has also shown that intermittent hypoxia induces proatherogenic dyslipidemia by inhibiting lipoprotein clearance, and increases hepatic lipid biosynthesis leading to hepatic steatosis and steatohepatitis.  Moreover, he was also first to demonstrate that intermittent hypoxia greatly accelerates the progression of atherosclerosis. His discoveries were confirmed by many laboratories and have been cited numerous times in major reviews and textbooks.  Dr. Polotsky’s group and other investigators convincingly demonstrated the relevance of his experimental findings for human disease.  Most recently, Dr. Polotsky’s research has focused on the pathogenesis of obstructive sleep apnea and specifically on molecular signaling in the hypothalamus, medulla and the carotid body contributing to the pathogenesis of sleep disordered breathing.