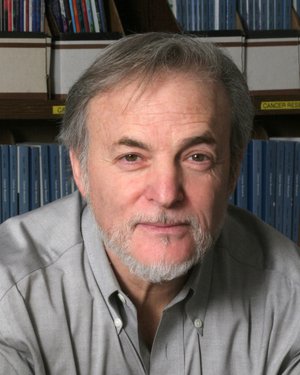 Stephen B. Baylin, M.D., is Virginia and D.K. Ludwig Professor of Oncology and Medicine, Co-Director of the Cancer Biology Division and Associate Director for Research Programs of The Sidney Kimmel Comprehensive Cancer Center at Johns Hopkins.

In April 2017 Dr. Baylin was elected to the Association of American Physicians.

Our research has contributed heavily to the concept that epigenetically mediated loss of gene function is a major player in the progression of human cancer. This process, for which aberrant gene promoter hypermethylation is a signature and a component of aberrant loss of transcription for involved genes, is now known to be an alternative to coding region mutations for loss of function of more than half the classic tumor suppressor genes and for a growing list of candidate tumor suppressor genes in virtually every type of human cancer. We are attempting to understand the abnormalities of chromatin and methylation assembly that may account for the appearance of these epigenetic abnormalities during tumor development and how they mediate the transcriptional repression. We are learning, in this regard, that an interaction between the DNA methylation, histone de-acetylase (HDAC) and histone methylating enzymes mediates the transcriptional silencing. We have also discovered that the enzymes that catalyze DNA methylation, the DNA methyltransferases (DNMTs), are more complex than previously thought and can both inhibit transcription and interact with HDACs, independent of mediating the methylation. In collaboration with the Vogelstein-Kinzler lab, we have identified that an interaction between DNMTs is required in colon cancer cells to maintain the abnormal promoter methylation and silencing of important tumor suppressor genes. All of these studies are giving us a much more complete picture of the machinery that mediates aberrant promoter methylation in cancer. They also are contributing to the translational goal of targeting reversal of abnormal gene silencing as a cancer prevention and/or therapy strategy.