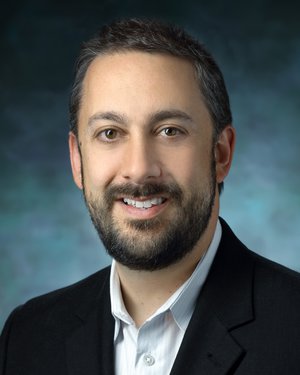 Dr. Seth Shatkin Margolis is an Associate Professor in the Department of Biological Chemistry with a Secondary appointment in the Sol Snyder Department of Neuroscience at the Johns Hopkins University School of Medicine. Dr. Margolis and his research team are focused on studying the protein homeostasis machinery (protein translation and protein degradation) that control neuronal function in development and disease.

In 2017, Dr. Margolis and his team discovered a novel neuronal specific proteasome complex and a unique class of extracellular signaling peptides that it produces.

Dr. Margolis received his undergraduate degree in biochemistry from the University of Rochester and earned his Ph.D. from Duke University. He completed postdoctoral training in neurobiology at Harvard Medical School. Dr. Margolis joined the Johns Hopkins faculty in 2011.

Dr. Margolis has a broad background and expertise in using biochemical, proteomic, molecular cellular, mouse genetic, and behavior approaches to dissect protein homeostasis signaling mechanisms in neuronal biology. Over the years Dr. Margolis and his team has focused the laboratories efforts toward the ubiquitin proteasome pathways and actin cytoskeleton control of early developmental excitatory synapse formation in healthy and diseased brain states. They have spent considerable effort investigating the functions of an ubiquitin ligase, UBE3A in neural development and its role in the human cognitive disorder Angelman syndrome. Specifically, they have been identifying the substrates of UBE3A that are targeted for proteasome-mediated degradation. UBE3A itself and at least one of these substrates is relevant to Alzheimer’s disease. They have since aimed part of our efforts to advancing an understanding of protein degradation mechanisms relevant to Alzheimer’s disease (AD) etiology.

In the course of their studies, Dr. Margolis and his team made an unexpected discovery which was built logically on the laboratories long standing interests. In short, they discovered a novel neuronal specific membrane associated proteasome complex that through extracellular proteasome-derived peptides modulates neuronal signaling. This system is contributes to activity dependent neuronal signaling and is disrupted in disease. The robustness, uniqueness, and reproducibility have kept them moving forward in order to generate significant future advances in tools and information to comprehend the role of this signaling in the nervous system both in health and disease.  In the long term, Dr. Margolis envisions the lab following these pathways to address the following questions:

They hope to leverage their findings in order to better define this emerging field and provide the tools and information important for their research and the field of cellular and molecular neuroscience as a whole.

Projects in The Margolis Laboratory:

Proteasomes are essential for proper neuronal function. Since 2011 we have been focused on studying protein degradation in the nervous system. In 2017, we published on our new discovery of a neuronal specific proteasome complex and its link to neuronal function.  Based on extensive original findings in the Margolis laboratory, our central hypothesis is that neuronal activity promotes the degradation of newly synthesized proteins through a membrane associated 20S proteasome complex in order to rapidly generate biologically meaningful peptides that may be critical for normal nervous system function. Nothing is known about this new form of rapid neuronal communication and further understanding is critical in providing vital insight into activity-dependent neuronal functions mediated by protein degradation. In addition, relevant tools are needed to control neuronal subtype specific NMP peptide-receptor signaling to bring this pathway closer to modern day neuroscience approaches. Given the critical importance of protein degradation to human health, the long-range objective of our research is to understand the regulation and function of this degradation program and to apply this knowledge to the detection and eventual treatment of cognitive disorders. Among other projects we aim to accomplish the following: