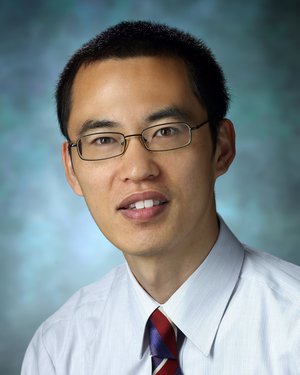 For the RNA-binding proteins projects, we are interested in novel post-transcriptional gene regulation mechanism performed by uncharacterized or poorly characterized RNA-binding proteins. We use Drosophila oogenesis and spermatogenesis as one of the model systems since post-transcriptional gene regulation is particularly important during these processes.

For the small silencing RNA projects, we are particularly interested in the mechanisms by which microRNAs (miRNAs) and small interfering RNAs (siRNAs) are produced by Dicer enzymes and the mechanisms by the Dicer enzymes are regulated by Dicer-partner RNA-binding proteins. Specifically, we aim to understand the molecular mechanism by which the length of small silencing RNAs produced by Dicer is defined and regulated, which is a biologically significant question.

We use a combination of biochemistry, biophysics, Drosophila genetics, cell culture, and next-generation sequencing, in order to understand important biological questions from the atomic to the organismal level.

As one of the RNA-binding protein projects, we are studying RNA-binding protein MARF1 (Meiosis Regulator And mRNA Stability Factor 1). MARF1 has one RNA-binding motif and six tandem LOTUS domains. While MARF1 protein and LOTUS domains are conserved from flies to human, their molecular functions and mechanisms were unknown. Oocytes are produced from germline cells via the process called oogenesis, during which a special gene expression program dedicated to this process operates. MARF1 is expressed specifically at the late-stage oocytes, suggesting crucial roles of MARF1 in oocyte maturation. We created marf1 knockout fly strains by CRISPR-Cas9 system. Interestingly, the mutant flies showed complete female sterility and impaired oocyte maturation. We also found that the LOTUS domain of MARF1 binds the CCR4-NOT deadenylase complex to shorten poly-A tail of target mRNAs and there by silence translation of the target mRNAs. We are extensively working on to identify target mRNAs of MARF1 in a transcript-wide manner. We are also studying how MARF1 is regulated.

Sperm is produced from germline cells via the process called spermatogenesis, during which a special gene expression program dedicated to this process operates. In fruit fly Drosophila, extremely large male fertility factor genes on Y-chromosome containing mega-base-sized introns are expressed only during spermatogenesis, and their successful expression is crucial for spermatogenesis. However, expressing such large genes must be very challenging for cells and the molecular mechanisms that ensure their successful expression remain unknown. Recently, we identified a novel RNA-binding protein encoded in the gene CG5213 that is required for this process. We created mutant flies lacking this protein using a CRISPR-Cas9-based genome-editing technique, and investigated them using genetic, microscopic, molecular, transcriptomic, and proteomic approaches. We found that this RNA-binding protein is crucial for successful expression of the extremely large male fertility factor genes, spermatogenesis, and male fertility. We named the CG5213 gene maca, after the plant maca grown in the high Andes mountains whose root has been traditionally believed and used to increase sperm quality and promote male fertility. By identifying the novel RNA-binding protein Maca, our studies give significant insight into how the special gene expression program operates during spermatogenesis. We are currently working to identify RNA-binding targets of Maca and the molecular consequences of Maca-binding to the RNAs.

In another project, we are studying an ATP-dependent RNA helicase, which is thought to bind and restructure RNA or RNA-protein complex. By using Drosophila genetics, we are characterizing the RNA helicase mutants that cannot bind ATP, cannot hydrolyze ATP, or cannot release the ATP. We observe impaired oogenesis in these mutant flies. We also observe developmental phenotypes in eyes when the mutants were expressed in eyes. We are extensively working to uncover underlying molecular phenotypes. Current data in our hands suggest that this RNA helicase regulates translation of a specific target mRNAs, in an ATPase activity dependent manner.

We found that knockout of a specific ribonuclease enzyme causes lethality at the late pupa stage. We are currently trying to understand underlying molecular mechanism and functions of this gene and its target RNAs.

2. Biogenesis of miRNAs by Dicer enzyme

miRNAs are 21-24 nt non-coding silencing RNA. In Drosophila, miRNAs are transcribed as long primary transcripts called pri-miRNAs. The pri-miRNA is cleaved into pre-miRNA by the RNase III enzyme Drosha, aided by the partner dsRNA-binding protein Pasha. The pre-miRNA is cleaved into miRNA duplex by the RNase III enzyme Dicer-1, aided by the partner dsRNA-binding protein Loquacious-PA or Loquacious-PB (Loqs-PA, Loqs-PB). miRNA is then loaded to Argonaute1 and binds target mRNAs through base complementarity of the miRNA sequence at positions 2-8 (called seed sequence). miRNA-bound by Argonaute1 causes translational repression and destabilization of target mRNAs.

Loqs-PB, but not its alternative splicing isoform Loqs-PA, changes the nucleotide positions at which Dicer-1 cleaves pre-miRNA and produces miRNA with distinct length. These alternatively produced miRNAs can have distinct seed sequences and therefore regulate different target mRNAs. The mammalian Dicer partner protein TRBP, but not its paralogue PACT, changes the length and the seed sequence of miRNAs produced by Dicer in mammals. The Fukunaga lab investigates how Dicer partner proteins (Loqs-PB in fly and TRBP in mammals) change the miRNA length generated by the Dicer enzymes. However, the molecular mechanism by which Loqs-PB/TRBP changes the miRNA length is not understood at all. We are trying to understand the mechanism using biochemistry and high-throughput sequencing. We are developing a novel high-throughput approach to achieve this goal. We also try to uncover biological significance of the alternative miRNA production. Our hypothesis is that the alternative splicing of Loqs-PA/Loqs-PB in fly and the gene expression of TRBP/PACT in mammals are finely regulated in each tissue and developmental stage, leading to regulated production of distinct miRNA isoforms, and that such fine regulation is important for biology.

In another project, as collaboration with a physician scientist, Dr. Roselle Abraham, who was in the Cardiology Division of Department of Medicine at Johns Hopkins University School of Medicine until 2017 and is now at UCSF, we are studying roles of miRNAs in Hypertrophic cardiomyopathy (HCM) patients and mouse models.

3. Biogenesis of siRNAs by Dicer enzyme

Drosophila Dicer-2 associates with the dsRNA-binding partner proteins Loqs-PD and R2D2 and produces siRNAs of precisely 21 nt long with a remarkably high length-fidelity from long dsRNA substrates derived from virus and transposon. siRNA is loaded to Argonaute2 and silences highly complementary target RNAs by cleaving them—a process typically called RNAi. Argonaute2 specifically binds 21 nt long RNA. Therefore, production of 21 nt siRNAs with high length-fidelity by Dicer-2 is crucial for efficient RNA silencing. One of the biological functions of the siRNA pathway is to fight against exogenously derived viral infection and against genome encoded transposon invasion. In addition, Dicer-2 produces endogenous siRNAs (endo-siRNAs) derived from genome encoded long hairpin RNA or overlapping mRNAs. We are particularly interested to understand the molecular mechanism by which Dicer-2 produces 21 nt siRNA with a remarkably high length-fidelity.

We found that Dicer-2 makes 21 nt siRNAs with high length-fidelity in vitro only when the RNA substrates have a 5' terminal monophosphate.

We identified a unique phosphate-binding pocket in the Dicer-2 PAZ domain. When this pocket is mutated, the length-fidelity in siRNA production was lowered. The phosphate-pocket mutant Dicer-2 produced less 21 nt siRNAs and more 20 and 22 nt siRNAs compared with the control wild-type Dicer-2 in vivo and in vitro.

We propose a model that recognition and anchoring of the 5' terminal monophosphate of substrate RNA in the unique phosphate-binding pocket in the Dicer-2 PAZ domain are crucial for the high-fidelity siRNA production.

We are trying to uncover more mechanisms by which Dicer-2 produces siRNAs of precisely 21 nt length with remarkably high length-fidelity.