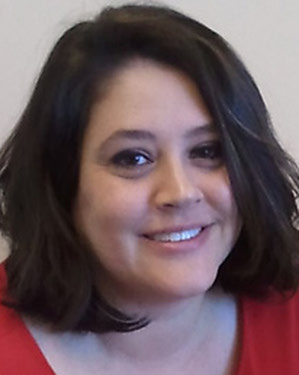 Dr. Damico received her medical degree and doctoral degree in Molecular and Cellular biology from the University of Pennsylvania in 2000. She completed her residency in the Osler Internal Medicine training program at Johns Hopkins and continued on as a Pulmonary and Critical Care post-doctoral fellow at Johns Hopkins in 2003. During her fellowship, Rachel focused on basic investigations in the laboratory of Dr. Michael Crow studying the molecular determinants of cell fate in the pulmonary vasculature and their contribution to lung disease. With this focus she received a National Institutes of Health /National Heart, Lung and Blood Institute (NIH/NHLBI) Ruth L. Kirschstein National Research Service Award (NRSA) to support her work on endothelial cell apoptosis in acute lung injury. Dr. Damico was recruited to the Division of Pulmonary and Critical Care Medicine at Johns Hopkins Hospital in 2007 and has quickly achieved a national reputation in the field of pulmonary vascular biology and both basic and translational research in Pulmonary Arterial Hypertension (PAH).

Dr. Damico’s research has focused on the molecular determinants of apoptosis and cell survival within the vasculature and their role in disease pathogenesis and severity in multiple pulmonary diseases including acute respiratory distress syndrome, emphysema, and PAH. The theme of her work involves the identification of novel molecular regulators of cell fate in the pulmonary circulation that are altered in human disease. She has used a combination of molecular/cellular techniques, preclinical models of disease, and human phenotypic and epidemiologic assessments to test their mechanisms of actions and contribution to disease susceptibility and severity. Her overarching hypothesis is a greater understanding of cell fate determinants in disease will not only expand our understanding of the pathogenesis of disease, but will identify new biomarkers, explain phenotypic heterogeneity in disease, and provide rational therapeutic targets.

Apoptosis in Lung Injury and Emphysema

Dr. Damico’s contributions to our understanding of pulmonary vascular biology began with her initial research project during her fellowship which focused on the role of macrophage migration inhibitor factor (MIF) in pulmonary endothelial responses to the bacterial endotoxin, lipopolysaccharide, in a model of acute lung injury. These studies which were the basis of her successful NIH/NHLBI NRSA award, defined MIF as a regulator of endothelial cell sensitivity to lipopolysaccharide and characterized the molecular mechanisms of MIF’s cytoprotective effects.

In 2007, Dr. Damico formalized a collaboration with Dr. Paul Hassoun (Johns Hopkins University, Pulmonary and Critical Care) to further her ongoing research in acute lung injury. Given her background as a cell and molecular biologist, Rachel was well-poised to identify and further define molecular mediators of injury in this disease and used this period to develop skills and expertise in pre-clinical animal models. During this time, she was awarded the Passano Clinician Scientist Award with Drs. Michael Crow and Hassoun serving as co-sponsors. She continued her characterization of cell survival and injury pathways within the pulmonary vasculature relevant to several injury pre-clinical models including sepsis-, ventilator-induced, and oxidative stress-induced injury resulting in multiple manuscripts during this period.

In parallel with her studies on acute lung injury, Rachel began to expand her research focus into the cytotoxic effects of cigarette smoke and emphysema. During this period she went on to demonstrate that MIF regulates the sensitivity of cells to cigarette-smoke induced apoptosis in vitro by antagonizing p53 expression and apoptotic cell death. This line of work went on to further define the contribution of p38-MAPK signaling pathway, xanthine oxidoreductase, and p53 as effectors of vascular cell apoptosis in both acute lung injury and cigarette smoke-induced emphysema.

In 2008, based on these studies, she received a K08 grant through the NIH/NHLBI to further her work on the molecular determinants of lung injury and both Young Clinician Scientist Award from the Flight Attendants Medical Research Institute (FAMRI) and Johns Hopkins Center in Urban and Environmental Health Sciences Nation Institute of Environmental Sciences (NIEHS) sponsored grants to further study the negative effects of tobacco smoke on the pulmonary vasculature. During this time, she continued to build her independent research program in cigarette-mediated cytotoxicity in emphysema and her collaborative research programs in acute lung injury.  Based on the observations she made in vitro during her time as an instructor, she went on to demonstrate that MIF and xanthine oxidoreductase (XOR) expression were significantly altered in human COPD/emphysema biospecimens and murine models of smoke-induced emphysema. Using pre-clinical models, loss of function analysis with transgenic mice and RNA interference, and unbiased stereology analysis, Rachel has shown that MIF is a novel determinant in cigarette-induced pulmonary vascular injury and emphysema. Further, her works shows that MIF is lost with chronic smoke exposure and is associated with disease severity in humans. Extensions of her studies on MIF in emphysema identified a novel injurious signaling cascade in which cigarette smoke stimulates the stress kinases Apoptosis Signaling Kinase-1 (ASK-1) and p38 MAPK to hyperactivate the reactive oxygen species (ROS)-generating enzyme XOR via a post-transcriptional mechanism. Smoke-induced XOR-generated ROS contributes causally to DNA damage and subsequent induction of p53 which triggers cell death via Bax and the mitochondrial apoptotic pathway. MIF, acting as a novel ASK-1 inhibitor, suppresses injurious signaling via p38-XOR, antagonizes ROS-mediated DNA damage, and prevents p53-dependent apoptosis ultimately mitigating the cigarette-mediated emphysematous tissue remodeling. This work ultimately served as the basis for funding from both extramural NIH/NHLBI R56 funding (2014) and intramural funding via the COPD Discovery Fund Award (2015).

Having developed expertise as a pulmonary vascular biologist, Dr. Damico extended her research pursuits into the molecular pathogenesis of vascular remodeling in PAH. Her initial studies focused on a novel inhibitor of apoptosis known as ARC. Rachel provided original evidence that the expression of ARC is altered in human PAH and animal models of disease. Moreover, using molecular techniques and preclinical models, she demonstrated that ARC plays a critical role in pathologic remodeling in pulmonary hypertension by antagonizing pulmonary smooth muscle cell apoptosis and promoting mitogen-induced proliferation.

Dr. Damico has demonstrated that regulators of endothelial cell survival and death (i.e. angiostatic molecules) are critical molecular modifiers of disease severity and outcomes in PAH using basic, translational, and clinical models to identify endostatin, a potent inducer of endothelial apoptosis, is a critical determinant in PAH. Further she found functional genetic variations in endostatin that are linked with altered phenotype and outcomes in PAH.  Similar to her work on endostatin, she continued to purse novel biomarkers of disease severity and outcomes in PAH in collaboration with Dr. Allen Everett, Division of Cardiology in the Johns Hopkins Pediatrics Department and with Dr. Li Gao in the Division of Allergy and Immunology. These collaborations have led to identification of new prognostic serum biomarkers and potentially pathogenic miRNA linked to disease severity in PAH. She continues her collaborative work on serum biomarkers in pediatric and adult PAH with Dr. Everett supported by a recently funded NIH/NHLBI sponsored R01 on the role of HDGF in pulmonary hypertension.

In addition to her bench-based translational research, she has also made significant contributions to clinical research in PAH. She was an active member in an NIH-sponsored clinical trial of combination therapy for the treatment of scleroderma-PAH, demonstrating that up-front dual therapy improves right ventricular function and hemodynamics in this highly morbid and mortal disease. Further, she has made significant contributions to the clinical phenotyping of patients with PAH, focusing primarily on image and hemodynamic assessment of right ventricular dysfunction in humans and in animal models. These studies have been undertaken in the context of collaborations within the Pulmonary and Cardiology Divisions in the Department of Medicine and Department of Radiology at Johns Hopkins and are currently supported by funding from both the NIH/NHLBI and Pulmonary Hypertension Association (PHA). Dr. Damico has become a vital contributor to the JHPHP which is internationally recognized as a leading research program for PAH.