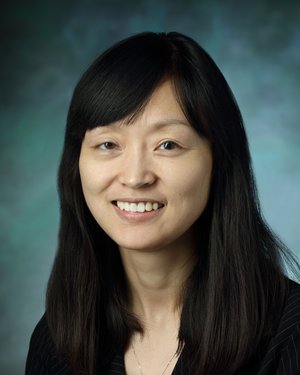 Dr. Peiying Liu is an Assistant Professor of Radiology and Radiological Science at Johns Hopkins Medicine. She received her Bachelor of Science degree from University of Electronic Science and Technology of China and her Ph.D. from University of Texas Southwestern Medical Center At Dallas, Southwestern Medical School. Her research interests include normal brain function and physiology; neonatal brain injuries; and cerebrovascular diseases.

Dr. Liu’s research has been focused on the development and implementation of MRI techniques to evaluate brain function and vascular health, and to understand brain pathophysiology. She has extensive experience in the development of MRI techniques to measure brain perfusion and oxygen utilization, and has applied these techniques in various neurological and vascular diseases. She is also experienced in understanding the fMRI signal mechanism and improving the sensitivity of fMRI signal in detecting neural activities.

Dr. Liu is currently working on technologies of brain’s oxygen metabolism in pediatric populations. She is also interested in the development of time-efficient and cost-efficient MRI techniques to probe vascular function in the brain.