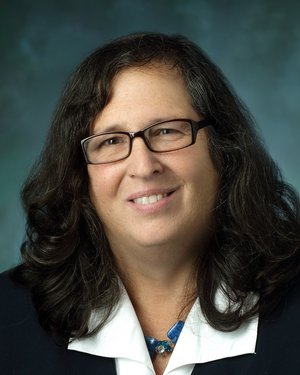 Paula M. Neira, M.S.N., J.D., R.N., C.E.N., F.A.A.N. graduated with distinction from the United States Naval Academy in 1985. A surface warfare officer, she served as a regular and reserve officer, including serving in mine warfare combat during Operation Desert Storm. In 2015, she made naval history by becoming the first transgender Navy veteran to have her discharge documentation updated to reflect her correct name by order of the Navy. In 2016, the secretary of the Navy named her to be the co-sponsor of the USNS Harvey Milk (T-AO-206) which launched November 6, 2021.

After leaving the Navy, Paula began her career as a registered nurse. She earned a master’s degree of science in nursing from Thomas Edison State College. Paula is certified in emergency nursing and focused her career on adult emergency care and trauma resuscitation. From 2008 to 2016, she served as the nurse educator in emergency medicine at The Johns Hopkins Hospital, and the co-chair of the Johns Hopkins Transgender Medicine Executive Taskforce. Between November 2016 to March 2022, she was the clinical program director of the Johns Hopkins Center for Transgender Health and as of March 2022, Paula started a new role as program director of LGBTQ+ Equity and Education, Johns Hopkins Medicine Office of Diversity, Inclusion and Health Equity. In this position, Paula provides educational, policy, and programmatic support throughout Johns Hopkins Medicine to address staff sexual and gender minority (SGM) cultural and clinical competency, to improve the workplace environment for our LGBTQ+ staff members, and address health inequities facing the LGBTQ+ population. Paula will also provide education and outreach in support of the Johns Hopkins Center for Transgender Health.

An attorney and member of the Maryland bar since 2001, Paula was a leader in the repeal of the “don’t ask, don’t tell” policy. For more than a decade, she has been recognized as one of the nation’s leading experts on transgender military service. As part of her role at Johns Hopkins, she lectures nationally on the need for improved transgender cultural competence in health care. Paula and her partner reside in Bowie, Maryland.

Fundamentals for Caring for Transgender Patients

Courage Has No Gender: An Interview with Paula Neira

Neira: To Treat Transgender People, Open Your Hearts and Minds