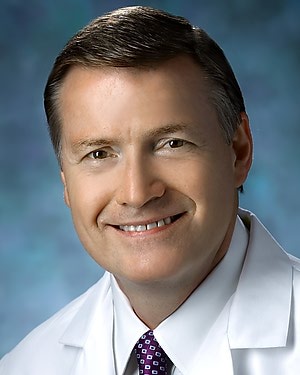 Dr. Paul earned his medical degree from Northwestern University Feinberg School of Medicine and completed a residency in general surgery at Georgetown University School of Medicine, where he received the Upjohn Award for outstanding teaching and clinical skills as a surgical resident. Dr. Paul then served in the U.S. Army Medical Corps from 1988 to 1994, as Chief of Surgery and Deputy Hospital Commander of the 212th MASH.  He is board-certified in general surgery and is a Fellow of the American College of Surgeons.

After his military service, Dr. Paul returned to the Washington, DC area in 1994 and has been in practice at Sibley Memorial Hospital, which is now part of the Johns Hopkins Health System.  He served as Chairman of the Department of Surgery at Sibley and is now the Johns Hopkins Regional Director of Minimally Invasive Surgery in the Washington, DC metropolitan area.  He is also the director of the National Surgical Quality Improvement Program at Sibley, which focuses on improving surgical care and outcomes after surgery.

Dr. Paul was the recipient of a 2015 Johns Hopkins  Innovations in Clinical Care Award, and in 2019 he received the Johns Hopkins Physician of the Year award at Sibley. Dr. Paul has also been repeatedly named a Top Surgical Specialist in the D.C. area by Washingtonian Magazine and was specially featured in a Top Doctor issue for his expertise in laparoscopic colon surgery. Consumers’ Checkbook Magazine has named him one of the Best Doctors in America, selected by a consensus of physician colleagues as being among the top 4 percent of all physicians in his specialty.

Reinforcement Device with Dissolvable Layer and Its Use.
Patent # US Pat No. 8435307 |