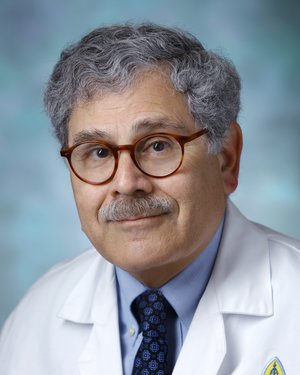 Intestinal Salt Absorption and the proteins involved including their regulation; Development of drug therapy for diarrheal disorders; Use of human enteroids to understand intestinal physiology and pathophysiology ...read more

Mark Donowitz, M.D . has had a distinguished career of scientific discovery, mentorship of young researchers and advocacy for the gastroenterology specialty. Dr. Donowitz is LeBoff Professor of Medicine and Professor of Physiology, Director of the Hopkins Center for Epithelial Disorders at The Johns Hopkins University School of Medicine, and is Founding Director of the NIH/NIDDK Hopkins Conte Digestive Diseases Center for Basic and Translational Research. He was President of the American Gastroenterological Association 2006-2007. He also served as President of the Gastroenterology-Research Group. He has received the Distinguished Achievement Award and as well as the Davenport Memorial Prize from the American Physiology Society, and is a Fellow of the American Association for the Advancement of Science.

His scientific focus has been to understand regulation of intestinal Na absorption in normal digestive physiology and abnormalities that contribute to diarrheal diseases. His group was the first to recognize the mammalian Na/H exchanger gene family, to clone the epithelial isoforms, and to trace the evolutionary development of the gene family. He has examined structure/function aspects of the exchangers and identified the large, multiprotein complexes in which the epithelial NHEs function. In addition, his group identified a gene family of PDZ containing brush border proteins called the NHERF family which are scaffolding proteins which interact with NHE3 and are involved in forming the multiprotein complexes, are critical for its regulation, and take part in its association with the cytoskeleton.

He has pioneered use of human mini-intestines made from normal human subjects to advance understanding of human digestive physiology and pathophysiology especially related to host-pathogen interactions.

His clinical interests are in diagnosis and management of chronic diarrheal diseases, including short gut syndrome, inflammatory bowel diseases and celiac disease.

Mini-Intestines May Hold Promise for Patients with Diarrheal Disease, Inside Tract (Winter 2018)