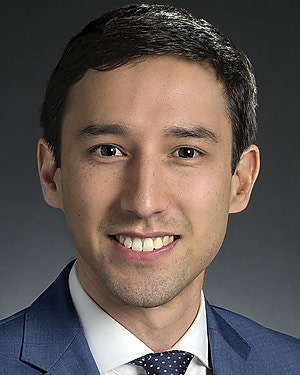 Dr. Kevan Salimian is an assistant professor of pathology at the Johns Hopkins University School of Medicine. His areas of clinical expertise include general surgical pathology and gastrointestinal and liver pathology.

Dr. Salimian was born and raised on the eastern shore of Maryland. In 2003, he attended the University of Maryland, College Park as a Banneker/Key scholar where he received his undergraduate degrees in Biochemistry and Cell Biology and Molecular Genetics. In 2007, he attended the University of Pennsylvania, where he pursued an MD/PhD. His PhD work focused on two proteins-CENP-A and Aurora B–which play a critical role in regulating cell division in eukaryotes. He subsequently completed his residency in anatomic and clinical pathology at the Johns Hopkins School of Medicine and served as Chief Resident in his final year. He then completed the Advanced Specialty Training Program at Johns Hopkins Hospital with a subspecialty focus in gastrointestinal and liver pathology.