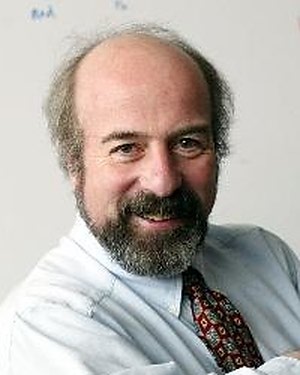 Dr. Groopman received his Ph.D. degree in Toxicology from the Massachusetts Institute of Technology. He was also a post-doctoral fellow at MIT and then received further training as a staff fellow at the National Cancer Institute in the Laboratory of Human Carcinogenesis. Dr. Groopman has devoted his research efforts to developing biomarkers for use in human studies of environmental toxicant exposures and applying these biomarkers to public health interventions. Dr. Groopman is currently the Anna M. Baetjer Professor and Chairman of the Department of Environmental Health Sciences at the Johns Hopkins Bloomberg School of Public Health.  He is also a Professor of Oncology and Associate Director for Population Sciences for the Johns Hopkins Kimmel Cancer Center.

The research in his program involves the development and application of molecular biomarkers of exposure, dose, and effect from environmental carcinogens. The environmental carcinogens studied include agents that are naturally occurring in the diet as well as those produced as a result of mobile and stationary sources of air pollution.  A prior major emphasis of the research had been in the elucidation of the role of aflatoxins, a common contaminate of the food supply, in the induction of liver cancer in high-risk populations living in Asia and Africa.  This work has led to the identification of a very strong chemical-viral interaction between aflatoxin and the human hepatitis B virus in the induction of liver cancer.  These biomarkers have also been used in many collaborative molecular epidemiology studies of liver cancer risk and recently employed to assess the efficacy of a number of chemopreventive agents in trials in high-risk aflatoxin-hepatitis B virus exposed populations. This research has been extended to develop genetic biomarkers of p53 mutations in human samples as early detection of disease biomarkers using a novel mass spectroscopy based method for genotyping developed in the laboratory. It was part of this set of investigations that the discovery of the high levels of air pollutants that are central to our ongoing work were found. Thus, the research in his laboratory focuses on the translation of mechanistic research to public health based prevention strategies.