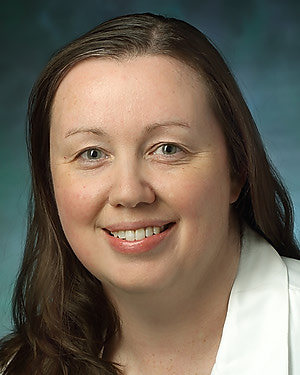 Jill Troilo, M.D., F.A.A.P., is a pediatrician, a fellow with the American Board of Pediatrics, and the medical director at Johns Hopkins Community Physicians Rockville Pediatrics. Previously, Dr. Troilo completed her undergraduate degree in chemical engineering from Bucknell University, a medical degree from East Tennessee State University, and pediatric residency at Georgetown University. Previously, she held positions in private practice in Tennessee as well as a university affiliated position at Indiana University in Bloomington.

Dr. Troilo has most recently served as the president of the Montgomery County Pediatrics Society, and on the board of the Pediatric Health Network.

When not tending to kiddos at work, Dr. Troilo enjoys a good read as an avid consumer of fiction, non-fiction, and comics (mostly Marvel, but don’t tell DC that). In addition, other favorite pastimes include movies, geeky television, tabletop games, Dungeons & Dragons, and a choice of selection of video games. She enjoys these with her son (a Legend of Zelda expert), her husband who is a higher education consultant and film critic, and her kittens who are excellent snugglers.