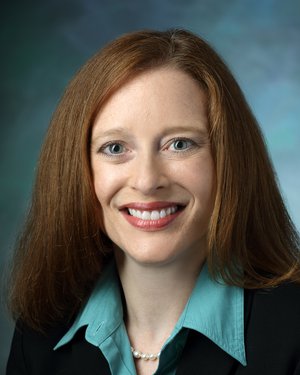 Dr. Jill A. Fahrner is an assistant professor in the Departments of Genetic Medicine and Pediatrics at the Johns Hopkins University School of Medicine. Her area of clinical expertise is medical genetics.

Dr. Fahrner earned her Ph.D. from Johns Hopkins University and her M.D. from the University of North Carolina. She completed pediatrics residency training at Duke University Medical Center. She joined the McKusick-Nathans Institute of Genetic Medicine as a genetic medicine resident in 2009 and completed her training in 2012. She stayed on as chief resident from 2012-2013 and then joined the faculty as an assistant professor in the Department of Pediatrics within the McKusick-Nathans Institute of Genetic Medicine in 2013. Her current primary appointment is Assistant Professor in the Department of Genetic Medicine, where she is Director of the multidisciplinary Epigenetics and Chromatin Clinic.

She is a member of the American Society of Human Genetics (ASHG), having won an ASHG Reviewer’s Choice Abstract Award for her work on growth retardation in Kabuki syndrome 1. She has received a Johns Hopkins School of Medicine Clinician Scientist Award, a Johns Hopkins School of Medicine Musculoskeletal Pilot and Feasibility Award, a William and Ella Owens Medical Research Foundation Award, the Margaret Ellen Nielsen Fellowship Award, and the Alice and YT Chen Travel Award while at Johns Hopkins. She is the recipient of a prestigious Hartwell Foundation Individual Biomedical Research Award and also has ongoing research funding from the National Institutes of Health.

Dr. Fahrner’s laboratory research uses novel mammalian cell systems and mouse models to elucidate disease mechanisms responsible for Mendelian disorders of the epigenetic machinery (MDEMs) and to identify therapies to treat these conditions. Specifically, her team focuses on Kabuki syndrome 1 and 2 (KS1 and KS2) and Weaver syndrome (WS). KS1 and KS2 are phenocopies of one another but result from mutations in distinct components of the epigenetic machinery, and disruption of both are expected to tip the balance of chromatin toward a more closed, transcriptionally silenced state at target genes. KS2 and WS are molecularly and phenotypically opposing disorders with the former exhibiting growth retardation and resulting from deficiency of the eraser of the H3K27 methylation (H3K27me) silencing mark, and the latter exhibiting overgrowth and resulting from deficiency of the writer of the same H3K27me mark. The Fahrner lab is using mouse models of these related disorders to elucidate mechanisms of abnormal growth. They recently elucidated a novel mechanism of growth retardation in KS1, which results from haploinsufficiency of KMT2D, encoding a histone methyltransferase writer of H3K4 methylation (H3K4me). The mechanism involves disrupted endochondral ossification and precocious chondrocyte differentiation within KS1 mouse growth plates due to reduced deposition of H3K4me3 at a novel target (Shox2). Elucidation of mechanisms of growth retardation in the phenotypically similar disorder KS2, which results from deficiency of the H3K27me eraser KDM6A, is also ongoing.

The Fahrner lab is particularly interested in well-established MDEMs that involve overgrowth and intellectual disability, namely WS and Sotos syndrome, as well as in novel disorders that they have elucidated. They have created a novel mouse model of WS, characterized the overgrowth phenotype, and are currently elucidating molecular mechanisms of overgrowth. In collaboration with the Baylor-Hopkins Center for Mendelian Genomics, the Fahrner lab elucidated a new disorder, Beck-Fahrner syndrome (BEFAHRS), due to deficiency of TET3. BEFAHRS is a novel category of MDEM because it is the first neurodevelopmental disorder of the DNA demethylation eraser system, and Dr. Fahrner and her team have identified an associated genome-wide DNA methylation profile in blood of affected individuals. The TET3-deficient episignature exhibits DNA hypermethylation and can distinguish affected individuals from controls and from individuals with 46 other disorders. Further characterization of this new disorder and analysis of additional potential novel variants and candidate genes is ongoing and should fuel and expand future research in the Fahrner lab.