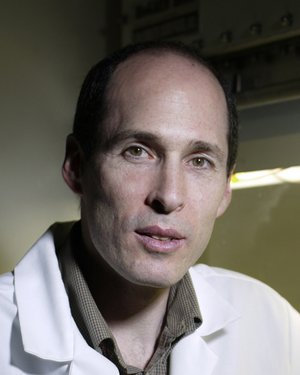 Dr. Jeremy Nathans is a professor of molecular biology and genetics, neuroscience and ophthalmology at the Johns Hopkins University School of Medicine. His research focuses on molecular mechanisms of visual system development, function, and disease.

Dr. Nathans is responsible for landmark discoveries that have changed our understanding of how humans see the world. His investigations into the mechanisms that allow us to see colors led him to identify the genes that code for color-vision receptors in the light-sensing cones of the retina. This breakthrough finding allowed him to show that variations in these genes cause color blindness. His work has also led to new understandings of the development, function and survival of the retina.

Dr. Nathans received his undergraduate degree in Life Sciences and Chemistry from MIT and earned his Ph.D. in Biochemistry and M.D. from Stanford University. He completed a postdoctoral fellowship at Genentech, Inc. Dr. Nathans joined the Johns Hopkins faculty in 1988.

He serves on the editorial board of Proceedings of the National Academy of Sciences and is on many scientific advisory boards including The Foundation Fighting Blindness and Merck Research Laboratories. He became a member of the Institute of Medicine in 2011 and his work has been recognized with numerous awards, including the Edward M. Scolnick Prize in Neuroscience by the McGovern Institute at the Massachusetts Institute of Technology.

Dr. Nathans and his laboratory are interested in the mammalian visual system and, in particular, the retina, the light-absorbing sheet of cells that lines the back of the eye. Their general approach is to use the tools of molecular genetics to identify and study genes involved in development, function, and disease. A second interest is in elucidating the mechanisms of pattern formation during animal development and, in particular, the role of the Frizzled family of cell-surface receptors. These two interests have converged with our discovery of a Frizzled-based system for controlling the development and integrity of retinal blood vessels.

Currently, they are working on defining the roles of Frizzled receptors in mammalian development. The foundation of our approach is the production and analysis of mice carrying targeted null or conditional null mutations in one or more Frizzled genes. They have constructed such lines for each of the ten Frizzleds, as well as for other genes that act in the same signaling pathways. This genetic analysis has revealed both diversity and unity in the functions of different Frizzled receptors, and has revealed the requirement for Frizzled signaling in a wide variety of developmental contexts, including axon guidance, vascular growth and differentiation, inner ear development, neural tube and palate closure, kidney development, and hair orientation on the body surface.

Yu, H., Ye, X., Guo, N. and Nathans, J. “Frizzled2 and Frizzled7 function redundantly in convergent extension and closure of the ventricular septum and palate: evidence for a network of interacting genes.” Development 139: 4383-4394. (2012)

Jeremy Nathans On Studying The Retina