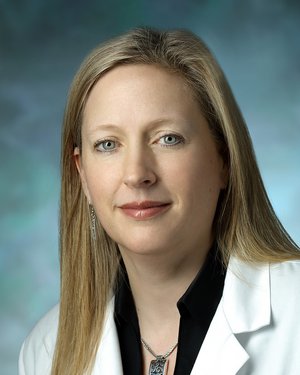 Dr. Jeanne Sheffield is the director of the Division of Maternal-Fetal Medicine  and a professor in the Johns Hopkins Medicine Department of Gynecology and Obstetrics. Her areas of clinical and research expertise include medical and surgical complications of pregnancy with a focus on infectious diseases and immunizations in pregnancy.

Dr. Sheffield serves on a number of national boards and committees. She is a member of the American College of Obstetrics and Gynecology, Alpha Omega Alpha, the American Gynecologic and Obstetrics Society, the Society of Maternal-Fetal Medicine, and the Infectious Disease Society of Obstetrics and Gynecology. She is currently on the board of directors for the Society of Maternal-Fetal Medicine and serves on the Maternal-Fetal Medicine Division of the American Board of Obstetrics and Gynecology. She works with the National Institutes of Health on national grant reviews and safety monitoring boards, and has served on several working groups focusing on improving the pregnancy research infrastructure. She acts as a pregnancy consultant to the Centers for Disease Control and Prevention and is an active member of the National Vaccine Advisory Committee.

Dr. Sheffield has published many articles in obstetrics and maternal-fetal medicine journals, and written numerous textbook chapters. She is currently an editor of Williams Obstetrics, the definitive obstetrics textbook used worldwide. She is a journal reviewer for a number of peer-reviewed journals in her specialty.

What is a Maternal-Fetal Medicine Specialist?