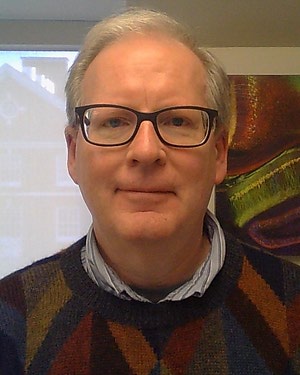 Neurophysiology of memory in the hippocampal formation ...read more

His work investigates the information processing that occurs in different stages of the hippocampus, from the input representations of the entorhinal cortex through the different subregions within the hippocampus.  Specific questions include how the medial entorhinal cortex uses path integration to construct the framework for a cognitive map of the environment; how the lateral entorhinal cortex represents information about the external world; and how the hippocampus combines information from these two inputs to create context-dependent representations of experience that can be efficiently stored and retrieved as long-term, episodic memories. These questions are also addressed in aged rats, to investigate the mechanisms of cognitive decline in aging and the mechanisms by which certain individuals are more resilient to this decline.

After graduating from Haverford College with a B.A. in psychology, he obtained his Ph.D. in neurobiology at the California Institute of Technology, where he studied the primate visual system with David Van Essen. He then did a postdoctoral fellowship with Bruce McNaughton at the University of Arizona, where he studied the spatial firing characteristics of place cells and head direction cells of the rat hippocampus and limbic system. In 1998, he started his own laboratory in the Department of Neurobiology and Anatomy at the University of Texas Medical School at Houston. He joined the Johns Hopkins faculty in 2009.

The hippocampus and medial temporal lobe structures are critically involved in spatial and episodic memory. Work in Dr. Knierim's laboratory attempts to understand the flow of information through the hippocampal formation and the computations performed by the various subfields of the hippocampus and its inputs from the entorhinal cortex.

To address these issues, he and his team use multi-electrode arrays to record the extracellular action potentials from scores of well-isolated hippocampal neurons in freely moving rats. These neurons have the fascinating property of being selectively active when the rat occupies restricted locations in its environment. They are termed "place cells," and it has been suggested that these cells form a cognitive map of the environment (O'Keefe and Nadel, The Hippocampus as a Cognitive Map). The animal uses this map to navigate efficiently in its environment and to learn and remember important locations. It is also hypothesized that these cells play a major role in the formation of episodic (autobiographical) memories. Place cells thus constitute a tremendous opportunity to investigate the mechanisms by which the brain transforms sensory input into an internal, cognitive representation of the world "out there" and then uses this representation as the framework that organizes and stores memories of past events.

Although place cells have been studied for over 30 years, Dr. Knierim's laboratory is still in the initial stages of exploring and understanding these cells. The hippocampus is composed of anatomically heterogeneous subregions, but, until recently, place field studies have overwhelmingly focused on only a small portion of the hippocampus, the CA1 subfield. Using high-density recording techniques, the lab records simultaneously from multiple subfields of the hippocampal formation, or from portions of the hippocampus in concert with input structures such as the entorhinal cortex.