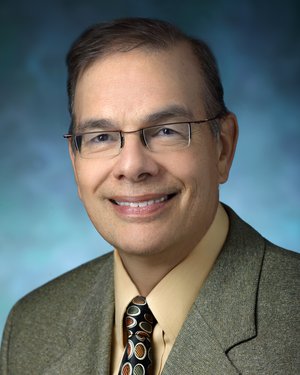 Francis Mondimore, M.D. is an Associate Professor in the Department of Psychiatry and Behavioral Sciences at Johns Hopkins and is the director of the Mood Disorders Clinic at the Johns Hopkins Bayview Medical Center, where he leads a team of clinicians specializing in the care of persons with mood disorders. Here, in conjunction with the National Network of Depression Centers, the clinical and research team is investigating the longitudinal course of serious depression and bipolar disorder in order to determine what constitute “best practices” for the care of individuals with these illnesses. Current research projects at Bayview include a two-year study to identify genetic markers that will predict lithium effectiveness in patients with bipolar disorder and a study evaluating the clinical usefulness of a test predicting which psychotropic medications will be most effective and best-tolerated for the treatment of depression.

Der. Mondimore is the author or five books on mental heath issues that are written for general audiences that have been translated into five languages. They include Bipolar Disorder, A Guide for Patients and Families, now in it's third edition (2014) and, with co-author Patrick Kelly, M.D., Borderline Personality Disorder, New Reasons for Hope. All are published by the Johns Hopkins University Press.

This controlled clinical trial will enroll patients with major depressive disorder who have failed to benefit from or been unable to tolerate their antidepressant or mood stabilizer medication.

Patients will be randomized for the first 8 weeks of treatment to either have their treating physician receive the results of the Genesight Psychotropic pharmacogenomic test before the new medication is selected or to "treatment as usual," i.e., being prescribed a medication selected without the benefits of the test results. The main outcome is reduction in depressive symptoms. After eight weeks, the Genesight results will be available for the "treatment as usual" patients as well.

We very excited about this project and to be playing a role in bringing "Individualized Medicine" to psychiatry through pharmacogenomics.

Why do some patients with bipolar disorder do well on lithium and not others? The reasons are probably genetic, and this study aims to find those genes.

Under Dr. Mondimore's leadership, Hopkins Bayview has recruited more subjects for this study than any of the other 10 study sites.

The project is developing a standard assessment package for the ongoing treatment of patients with mood disorders. The goal is to develop a set of mental health "vital signs" that measure treatment progress and provide real-time feedback to clinicians, metrics of success for treatment delivery development, and data for clinical research into the epidemiology and treatment of mood disorders.