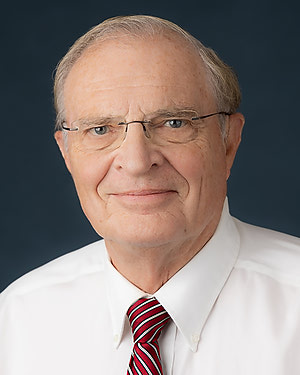 Dr. Kern is Emeritus Professor of Medicine at the Johns Hopkins University School of Medicine. He received his B.A. from Princeton in 1966, his M.D. from Harvard in 1971, and his M.P.H. from Johns Hopkins in 1978. He interned at Rush Presbyterian - St. Luke's Hospital in Chicago, and, after two years in the U.S.P.H.S. Indian Health Service in Arizona, completed his internal medicine residency and chief residency at Baltimore City Hospitals in 1979. He was a Robert Wood Johnson Clinical Scholar fellow at Johns Hopkins from 1976-1978. He served as Co-Director of the Division of General Internal Medicine (GIM) at Johns Hopkins Bayview Medical Center with Dr. Randy Barker from 1986-2005 and sole Director from 2005-2011. Dr. Kerns career has been devoted to advancements in medical education and faculty development. He has been instrumental in developing the Johns Hopkins GIM Residency Program, established in 1979, the Johns Hopkins Faculty Development Program for Clinician-Educators (FDP), established in 1987, the medical education track of the Johns Hopkins fellowship program in General Internal Medicine, established in1988, and the Osler Center for Clinical Excellence at Johns Hopkins, established in 2002. He is the Director of Curriculum Development Programs in the FDP, which has trained over 300 participants and mentored 124 curricular projects in its Longitudinal Program and many more in shorter programs. He has served as a facilitator in the areas of teaching skills, management skills, personal and professional growth, and curriculum development and evaluation for the American Academy on Communication in Healthcare (formerly American Academy on Physician and Patient), the Johns Hopkins Faculty Development Program for Clinician-Educators, and numerous institutions, and as a consultant on educational program development. He headed the Evaluation Team for the GIM Faculty Development Project, a national collaborative effort of internal medicine organizations coordinated by the Association of Professors of Medicine. He was a key faculty member for the Macy Foundation funded National Initiative on Gender, Culture, and Leadership in Academic Medicine (C-Change) Project. His publications focus on medical education, communications skills and psychosocial medicine, and primary care practice. He served as an Associate Editor of the Journal of General Internal Medicine, and one of two Editors for its first Education Issue. He has served as an Editor of the clinical text Principles of Ambulatory Medicine, and is first author of the book Curriculum Development for Medical Education: a Six-Step Approach, which has become the standard reference for curriculum development in medical education. He will serve as President-Elect of the American Academy on Communication in Healthcare in 2014.