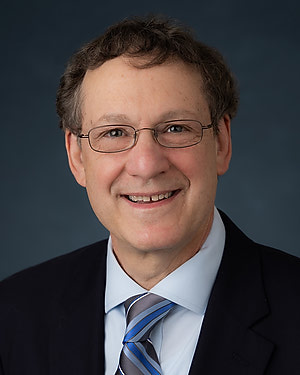 David A. Kass, M.D. is the Abraham and Virginia Weiss Professor of Cardiology, and Professor in the Departments of Medicine, Biomedical Engineering, Pharmacology and Molecular Sciences, and in the graduate programs of Cellular and Molecular Medicine and Pathobiology.  He received his B.A. in Applied Physics & Engineering from Harvard University in 1975 and M.D. from Yale University School of Medicine in 1980. He completed residency in Internal Medicine at George Washington University in 1983, and Cardiovascular Fellowship at Johns Hopkins University in 1986. Among his many honors are the 2020 Louis and Artur Lucien Prize in Cardiovascular Disease, the Pater Harris Distinguished Scientist Award and Innovator Award from ISHR in 2018 and 2020, Outstanding Investigator Award from the NIH, 2008 Basic Science Achievement Award from the American Heart Association, and Distinction in Teaching and Mentorship, and Clinical Innovator and Mentor Awards from Johns Hopkins University. He has trained over 100 postdoctoral fellows and graduate students, most now in academic research and leadership positions at institutions throughout the world.  Dr. Kass directs the Johns Hopkins Institute of CardioScience (ICS), and is co-director of an NIH T32 post-doctoral fellowship program in cardiovascular research that is approaching a half century of support.

Dr. Kass' research aims to expand our understanding of cardiac disease in its many manifestations, to identify novel mechanisms and avenues for treatment, and ultimately translate them to therapies in the clinic. Under his Directorship, the ICS broadly works to understand causes of cardiovascular disease using molecular and cellular biology, organ and whole animal models, regenerative medicine approaches, and bio-engineering to develop new methods for diagnosis and treatment.  In his lab, Dr. Kass and colleagues have discovered a number of new methods to treat heart failure with depressed heart function, including a form of nitric oxide called nitroxyl, an inhibitor of phosphodiesterase type 1 and type 9, a mutant form of a protein involved with protein quality control called Chip, and using a novel pacemaker strategy termed PITA. He pioneered research into how a major enzyme known as Protein Kinase G functions in the heart muscle, and how its activation can benefit heart disease. This has resulted in new discoveries with applications to heart failure, obesity, muscular dystrophy, cardiac hypertrophy and fibrosis, and even immune-cancer therapy. In addition, his laboratory is dissecting the cellular and molecular mechanisms underlying right heart disease associated with heart failure with preserved ejection fraction (HFpEF), pulmonary hypertension from systemic sclerosis, and cardiometabolic disease. His lab is funded by the National Institutes of Health, American Heart Association, and industry pursuing early-stage research therapy development.

Ongoing investigations are addressing the mechanisms and impact of stimulating cyclic GMP synthesis and/or blocking its catabolism by selective phosphodiesterases on heart disease, obesity, and cardiometabolic syndrome. Besides the well know phosphodiesterase type 5 inhibited by drugs such as Viagra®, the Kass lab uncovered a cardiac role for phosphodiesterase type 9 that has since led to multiple clinical trials of PDE9 inhibitors in patients with heart failure. They uncovered how the cGMP-protein kinase G pathway intersects with a master growth and metabolism regulator, mTORC1, and this has implications for improving immunotherapy for the heart and cancer, work now ongoing. They also found how the protein Chip can be stabilized to help reduce abnormal protein accumulation and toxicity after a heart attack. This work is also being actively translated into a potential gene therapy for heart disease.  Clinical research is dissecting basic mechanisms for heart failure with preserved ejection fraction, pulmonary hypertension, and testing new drugs such as PDE1 inhibitors for heart failure therapies.

Basic science investigations span an array of inquiries, such as understanding the basic mechanisms underlying cardiac dyssynchrony and resynchronization in the failing heart, and beneficial influences of nitric oxide/cGMP/protein kinase G and cGMP-targeted phosphdiesterase signaling cascades on cardiac maladaptive stress remodeling. Recently, the latter has particularly focused on the role of phosphodiesterase type 5 and its pharmacologic inhibitors (e.g. sildenafi, Viagra®), on myocyte signaling cascades modulated by protein kinase G, and on the nitric oxide synthase dysregulation coupled with oxidant stress. The lab also conducts clinical research and is presently exploring new treatments for heart failure with a preserved ejection fraction, studying ventricular-arterial interaction and its role in adverse heart-vessel coupling in left heart failure and pulmonary hypertension, and testing new drug, device, and cell therapies for heart disease. A major theme has been with the use of advanced non-invasive and invasive catheterization-based methods to assess cardiac mechanics in patients.