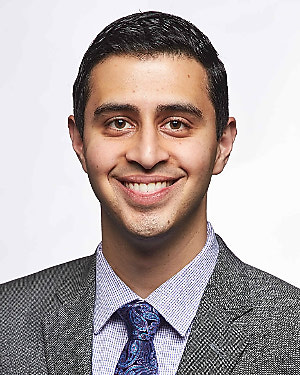 Dr. Mistry was born and raised in southeast Virginia.  He earned his Bachelor of Science degree from the University of Maryland, Baltimore County. Dr. Mistry then completed his dental degree at the University of Maryland at Baltimore, graduating at the top of his class. He was elected into the prestigious Omicron Kappa Upsilon honor society and honored with the Edgar J. Jaques Memorial Award given to the senior dental student most proficient in oral surgery.

Dr. Mistry then went on to receive his medical degree from the University of Texas Southwestern Medical Center in Dallas, a top-ranked medical school. He remained in Dallas to complete his residency in Oral and Maxillofacial Surgery at the esteemed Parkland program. During this time he received training in Anesthesiology, General Surgery, and Neurosurgery.

In his 6-year residency program, Dr. Mistry was exposed to some of the most complex cases and highest volume of any oral surgery program in the world.  Dr. Mistry received extensive training in complex dental extractions, dental implants, facial trauma and reconstruction, temporomandibular joint disorders, and corrective jaw (orthognathic) surgery.

After completion of his training, Dr. Mistry wanted to be closer to his family and returned to Maryland.  He was an associate surgeon at another private practice in Gaithersburg/Frederick for several years before separating to form his own practice, Modern Oral & Facial Surgery.  He resides in Rockville with his wife, two sons, and a pug.