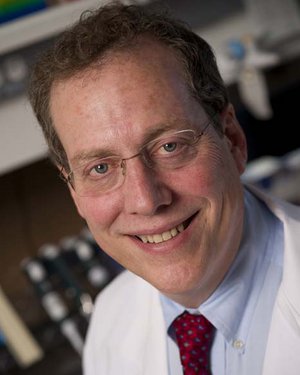 Epigenetics in development and disease

Dr. Feinberg is considered the founder of the field of cancer epigenetics, having discovered altered DNA methylation in cancer in the early 1980’s with Bert Vogelstein. Over the decades since, Feinberg and his colleagues have shaped the landscape of our understanding of DNA methylation and other epigenetic changes, and their applications to epidemiology and medicine, and have introduced groundbreaking statistical and laboratory methods to the study of the epigenome. He and his colleagues discovered human imprinted genes and loss of imprinting (LOI) in cancer, and they proved the epigenetic hypothesis of cancer through their work on Beckwith-Wiedemann syndrome.

Most recently, they pioneered genome-scale epigenetics (epigenomics), with the first NIH funded Epigenome Center, pioneering methods including the first comprehensive genome-scale methylation discovering the major target for epigenetic variation in humans, CpG island shores. He led the first whole genome bisulfite sequencing analysis of human cancer, discovering large hypomethylated blocks that correspond to nuclear lamina-associated heterochromatin, as well as a mechanism for disruption of these blocks in epithelial-mesenchymal transition. He has also helped to create the field of epigenetic epidemiology, discovering epigenetic mediation of genetic variants in disease. He has made several important theoretical contributions as well, including the epigenetic progenitor hypothesis of cancer and the role of entropy in epigenetic development and disease.

He is a Bloomberg Distinguished Professor in the Johns Hopkins University Schools of Medicine, Engineering and Public Health, where he is Director of the Center for Epigenetics. He is a recipient of an NIH Director’s Pioneer Award, is a member of the National Institute of Medicine, the American Academy of Arts and Science, the NIH Council of Councils, and he has received honorary doctorates from the University of Uppsala, the Karolinska Institute, and the University of Amsterdam.

Our laboratory is studying the epigenetic basis of normal development and disease, including cancer, aging, and neuropsychiatric illness. Early work from our group involved the discovery of altered DNA methylation in cancer, as well as common epigenetic (methylation and imprinting) variants in the population that may be responsible for a significant population-attributable risk of cancer.

Over the last few years, our laboratory has pioneered the field of epigenomics, i.e. epigenetics at a genome-scale level, founding the first NIH-supported NIH epigenome center in the country, and developing many novel tools for molecular and statistical analysis. Several discoveries and avenues of research have arisen from our epigenome center: CpG islands "shores," that drive many of the gene expression differences that distinguish normal tissues from each other and from cancer; the first map of the methylome in normal hematopoietic development, as well as in induced pluripotent stem cell (iPSC) reprogramming, discovering that iPSC retain an epigenetic memory of their cell of origin.

Some of the projects we’re working on include:

Study Finds How Genes That Cause Illness Work, The New York Times