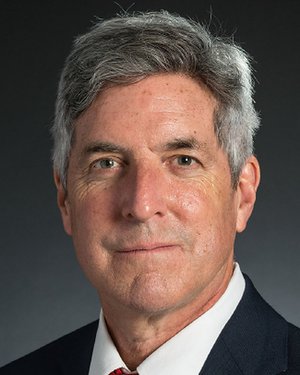 Dr. Alan Meeker is an assistant professor of pathology, oncology and urology at the Johns Hopkins School of Medicine. Dr. Meeker co-directs the Immuohistochemistry Laboratory of Johns Hopkins Oncology Tissue Services and serves on the faculty of the Graduate Program in Pathobiology. He joined the Hopkins faculty in 2006.

Dr. Meeker has spent his career studying chromosomal structures called telomeres. Telomeres that are too short appear to contribute to the genetic instability thought to cause the development and progression of many types of cancer. They are also believed to be related to human aging and the age-related phenomenon of cellular senescence.

Dr. Meeker primarily studies the relationship between shortened telomeres and prostate cancer. He was part of a Johns Hopkins team that developed a new quantitative fluorescence microscopy technique to measure telomere lengths directly in archival tissues.

In addition to the many academic papers he has published, Dr. Meeker also contributed to the books Prostate Cancer: Biology, Genetics, and the New Therapeutics as well as Campbell-Walsh Urology, 10th and 11th ed.

Dr. Meeker has spent his career studying chromosomal structures called telomeres. Defective telomeres – specifically, those that are too short – appear to contribute to the genetic instability thought to cause the development and progression of many types of cancer.

Clearly seen at the chromosomal level in epithelial cancers such as prostate and breast cancers, the molecular mechanisms responsible for chromosome destabilization during carcinogenesis and progression have remained largely unknown.

The team found that telomeres are indeed abnormally short in most microscopic precursor lesions in epithelial cancers – including those of the bladder, breast, cervix, colon, esophagus, gall bladder, oral cavity and prostate.

The belief is that those lesions are at risk of progressing to fully invasive carcinomas—and that telomere shortening may be useful in diagnosing cancer, as an intermediate endpoint marker in chemoprevention studies, and as a valid prevention target in its own right.

The telomere-length assay, which features single-cell resolution, can be used to test the hypothesized link between telomere shortening and human aging.

The primary focus of my research activities for the last 2 decades has been on cancer-associated abnormalities in telomere biology. My research discoveries provide significant supporting data that telomere biology plays multiple important roles in the disease process. For example, using a novel tissue-based assay I developed while a postdoc in the laboratory of Dr. Angelo De Marzo, we found that the majority of pre-malignant lesions display severe telomere shortening; thus, this genomic abnormality arises very early in the disease process, likely contributing significantly to the process of malignant transformation by instigating chromosomal instability. Other key discoveries in the lab include the finding of widespread telomere shortening in the breast epithelium of normal women, the finding that tissue-based telomere length measurements are significantly associated with cancer risk and clinical outcomes among prostate cancer patients, and the discovery of a strong association between recurrent, inactivating mutations in the ATRX or DAXX genes and cancers utilizing a telomerase-independent telomere maintenance mechanism termed ALT. In addition to my primary focus on telomere biology I also perform studies on in situ tumor biomarker development and in vitro drug screening for anti-cancer agents, and maintain an interest in the biology of aging and cellular senescence, particularly how this may relate to cancer risk and progression.