Charles Odonkor was a physiatry resident at the Johns Hopkins Department of Physical Medicine and Rehabilitation. Here, he shares his story of how he started his career in rehabilitation medicine. 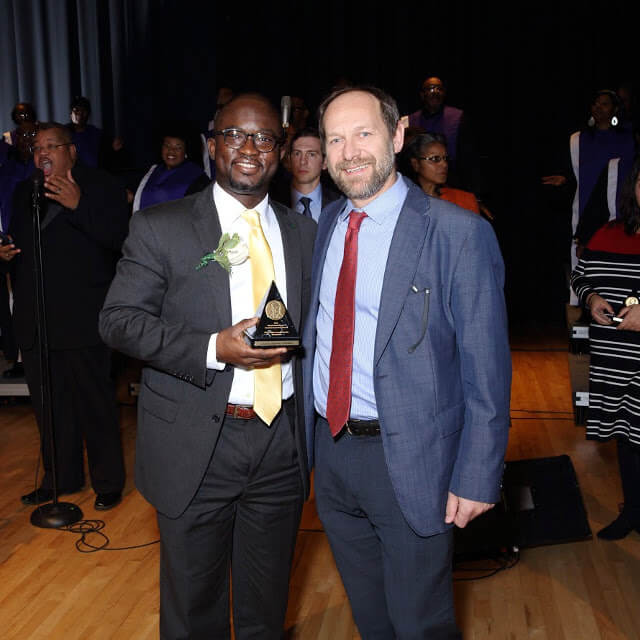 I left home in Ghana at age 18, by myself, to come to this place with promise and opportunity.

My mom is a caterer in a high school. My Dad is a retired bank clerk. I’m the oldest of five kids, so I always had to lead the way. I am the first person in my family to go to college.

My interest in medicine sort of evolved naturally. My grandfather was knowledgeable in herbal medicine and had an influence. I think that sort of planted the seed for later on — having that curiosity and understanding how medicines work with the human body.

I came from Ghana to Tennessee, then went to Washington University in St. Louis for graduate school. From there, I went to Yale University for medical school.

I had been away from home almost eight years. In my second year at Yale, my dad had a stroke. That put me on a different course. Initially, I thought I would do neurosurgery, but when I went home and saw my dad, he was a shadow of himself. He could not talk. His whole left side was not functional. I asked, “What can we do for him?” I was told: “I’m sorry — it’s an act of God. There’s nothing else to be done.” If my dad had been in the States, a lot could have been done. Unfortunately, by virtue of geography, his options were limited.

That had me thinking again about want I wanted to do with medicine. That’s how I decided to do physical medicine and rehabilitation, which really focuses on function, functional outcomes and quality of life. My dad was actually the impetus for me wanting to go into physiatry.

Since then, I’ve been drawn to patients who have impairments and disabilities. It opened a whole new world for me. I was glad the specialty found me. 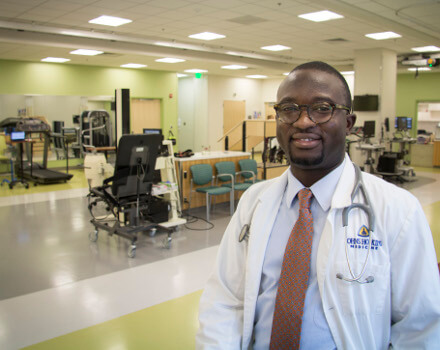 Most people go through four years of medical school, and nobody talks to them about people who have disabilities.

I was lucky this past year to be appointed as the national president of the Resident and Fellow Council of the Association of Academic Physiatrists, which is the leading organization for academics, research and mentorship for our specialty. I had the opportunity to go to the Capitol to do some advocacy for disability rights and advocate for more National Institutes of Health funding. That’s one of the things I’m passionate about.

When I came to Baltimore, I found that we didn’t have a very organized group for minority residents. It was really surprising!

I rallied my colleagues, and we started the Diversity Residents and Postdocs group, DRAP, in 2014. One of the ideas we focus on is cultural competency and helping to change the perceptions that may exist. We’re also addressing the mentorship gap with minorities. 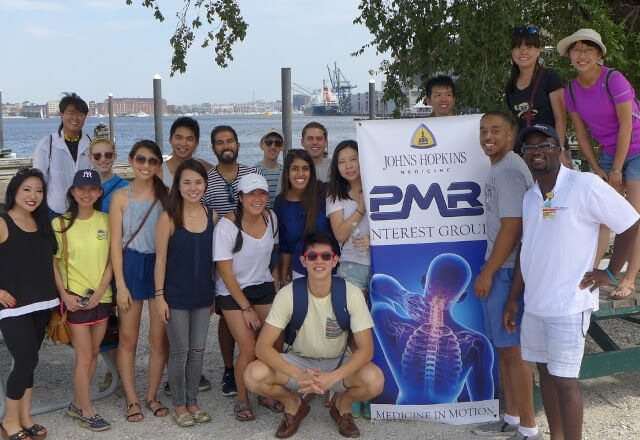 I also helped found a group called the PM&R Interest Group at Johns Hopkins. Most people go through four years of medical school, and nobody talks to them about people who have disabilities. There’s such a huge need for it. We have all these veterans who return from war with amputations and chronic pain.

Even a simple thing like accessibility, we take it for granted. Medical students must be exposed to these types of things. It also gives us an opportunity to recruit the best of the best in this specialty.