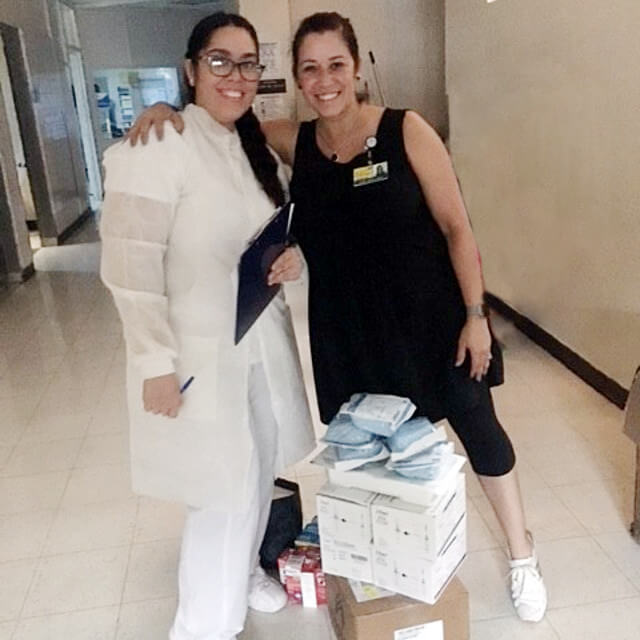 As a Puerto Rico native, Alba Azola couldn’t stay home and do nothing when Hurricane Maria devastated the island. And as a second-year resident in the Department of Physical Medicine and Rehabilitation, Azola had the expertise to help. Knowing how valuable her medical knowledge is to those in need in Puerto Rico, it was an easy decision for her to gather supplies and go.

Azola grew up in Puerto Rico and attended medical school there. Her entire family, including siblings, parents and grandparents, were in San Juan when Hurricane Maria hit. Although they have fared well, there were many who didn’t.

“My homeland was hardly recognizable,” says Azola. “Between the flooding, the downed trees, the debris and the thousands of displaced people, you don’t even know where to start.”

But Azola didn’t come alone or empty-handed. Together with her Puerto Rican colleagues from across Johns Hopkins, and with support from other faculty and friends, she was able to gather seven boxes of supplies. They included necessities such as mosquito nets, batteries and flashlights.

Between the flooding, the downed trees, the debris and the thousands of displaced people, you don’t even know where to start. 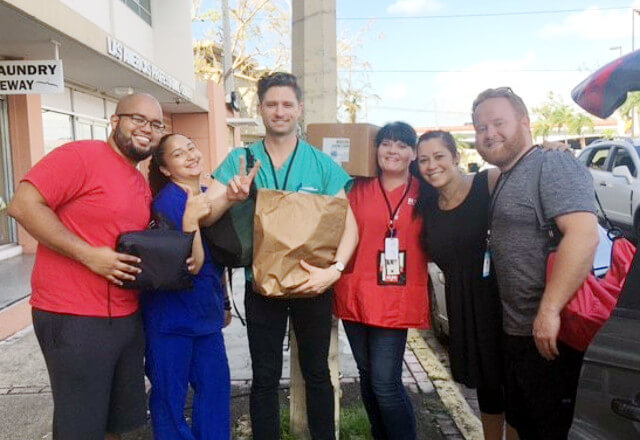 Thanks to generous donations from numerous Johns Hopkins colleagues, Azola also managed to bring IV tubes and fluids, as well as antibiotics for pink eye — a condition that flourishes when clean water is in short supply.

“It was great to see so many people come together to help us with our mission. Even the airline employees gave us a break on luggage fees when we explained what we were carrying,” shares Azola.

Although bringing supplies to Puerto Rico was important, it was only half the job. The toughest challenge was to distribute them to people in need. Hurricane Maria disrupted the infrastructure of the island, making it difficult for help to reach remote locations.

Thanks to her local connections, Azola was able to travel further inland and deliver medicine to heavily affected regions such as Naranjito. She also had the opportunity to clean and bandage wounds for people who were injured while cleaning up after the hurricane. Azola’s brother, who runs a restaurant in Puerto Rico, secured fresh produce and cooked more than 150 meals for local residents.

But the island still needs a lot of help, especially in terms of volunteers, she mentioned. Those in the medical community who want to contribute are encouraged to contact their local chapters of Doctoras Boricuas, the American Red Cross or Puerto Rico Rises.

“What many people don’t realize is that Puerto Rico’s health care system was heavily impacted. The delivery of care, especially to remote locations, is still not fully restored, and every little bit of help counts,” shares Azola.