A large and complex cancer involved half of Jen's nose, calling for expert treatment to restore her health and appearance. 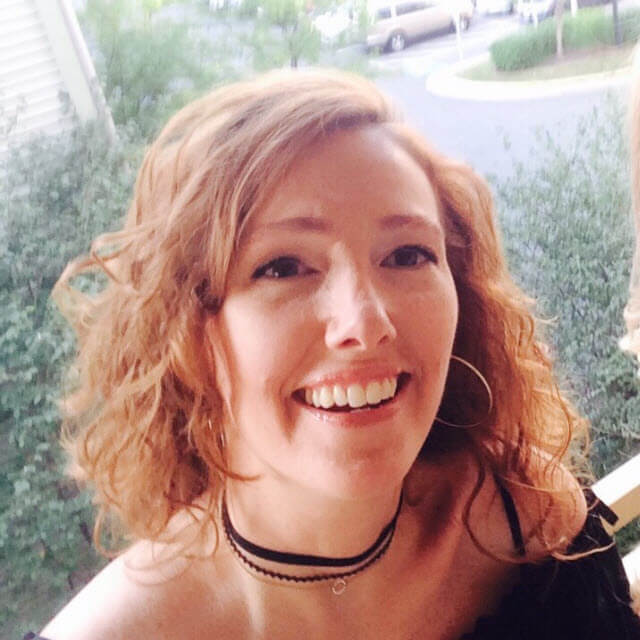 Jen was well acquainted with basal cell carcinomas (also called BCCs), since she’d had several of the growths. “I started getting BCCs when I was 29,” she says, explaining that her tendency to get frequent skin cancers stems from a genetic condition: her skin doesn’t repair itself from sun damage.

So when she got a lesion on her nose, she did the right thing: She consulted a doctor who recommended removal of the BCC with Mohs surgery. In this procedure, a specially trained dermatologist removes thin layers of the cancerous growth one by one and a pathologist examines each layer under a microscope until there are no more visible cancer cells. Then the opening is repaired with reconstructive plastic surgery.

Mohs surgery is an effective way to remove all of the cancer while sparing as much healthy tissue as possible. But it’s not perfect. If even one cancer cell is left behind, the lesion can come back.

Basal cell carcinoma, or BCC, is a form of skin cancer that arises from basal cells deep in the lining of the skin’s top layer, the epidermis.

It's common: According to the Skin Cancer Foundation, over 4 million cases of BCC are diagnosed each year in the U.S. alone. As most people know, it’s associated with frequent or prolonged sun exposure.

If there’s something good to say about BCC, it’s that most cases are manageable. It’s a slow-growing cancer that seldom spreads. Also, BCCs occur on the skin, usually where they can be readily seen. Surgical removal is an effective treatment.

But when a BCC grows undetected, it can become more serious. 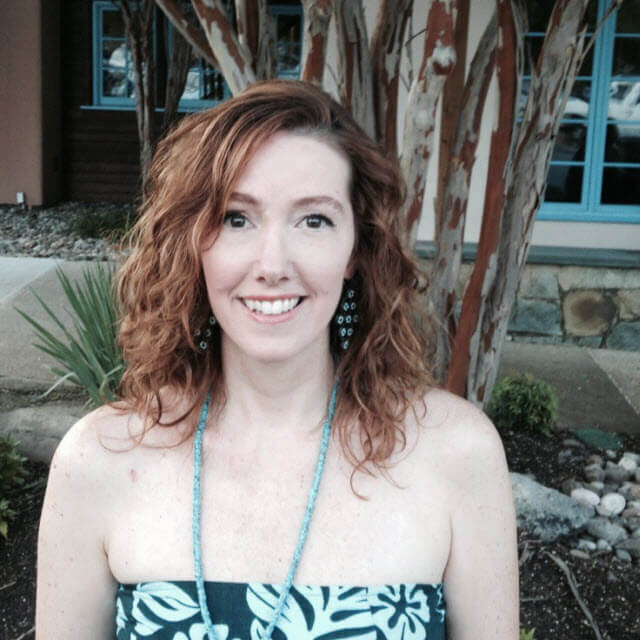 I can't even say how phenomenal Dr. Desai was. He was so down-to-earth and helped me understand everything that was happening to me. Every time I went, he encouraged me and was honest, but positive.

Jen says, “The previous doctors removed the BCC and reconstructed my nose pretty substantially. I’m thinking that somehow there was one cell left behind, which stayed in my nose and grew for eight years."

Basal cell carcinomas are still treatable if they come back. But in Jen's case, the cancer had been growing, undetected, for a long time. By the time the doctors caught it, they found that the entire right half of her nose was involved, with the cancer extending into the scar tissue from the previous surgery and wrapping around the nasal bones.

“I'd dealt with the BCCs so many times before, and it's never comfortable or fun, but it's manageable," Jen says. "This was pretty scary.”

Jen consulted one doctor who said that another Mohs surgery would not be sufficient to address the new large and complex cancer. He told Jen that very few centers were equipped to handle her situation, and most were far away.

Jen had an idea of what she was facing. The doctor told her that managing this cancer could involve multiple procedures and an extended recovery period. Jen needed a top expert, but also knew that going to a hospital hundreds of miles from home would take her away from her husband and three children for months — a deal-breaker for the devoted wife and mom.

“I know someone closer by who can do this,” Jen’s doctor told her.

Jen headed to the Department of Otolaryngology – Head and Neck Surgery at Johns Hopkins. “I knew I was in the right place from the start,” Jen says. “Even the people at the front desk — Everyone was excellent. Just what you want when you're facing a severe trauma.”

The surgery team offered Jen a solution. First, she'd undergo surgery to remove the large basal cell carcinoma. Later, Dr. Desai, an expert in reconstructive facial plastic surgery, would repair Jen’s nose in two stages. The first step would be a forehead flap procedure, surgically moving a section of living tissue from Jen’s forehead to cover the opening left after the cancer was removed. Then, once the flap had taken hold, he would rebuild Jen's nose, using his skill to maintain its form and function.

Dr. Desai recalls his first meeting with Jen. “It was emotional,” he says. “She was only 38, which is very young to have so many BCCs. She was understandably worried about how she could go back to work and how her kids would see her.”

Doctors and patient talked things through. Despite facing a complex and painful series of surgeries, Jen says, “I felt so much calmer. The surgeons were phenomenal. They were so knowledgeable and at the same time had the best bedside manner. They answered every question of mine and my husband’s and took their time.”

Jen says, “After the actual cancer was removed at Suburban Hospital, Dr. Desai performed two reconstructions at Johns Hopkins Hospital, starting with a forehead flap procedure, which was really an uncomfortable process.”

Dr. Desai says, “The forehead flap is a time-honored method for rebuilding the tissues of the nose when there is a large defect due to cancer surgery or trauma. A piece of skin from the forehead is cut away and sewn over the nose. When the flap forms its own blood supply, in two or three weeks, it’s cut free from the forehead and gives the plastic surgeon tissue to work with in reforming the nose.”

Jen says that while the flap of skin from her forehead was healing around her nose, she wanted to hide her appearance from her children. For a week she closed herself off in her bedroom, and she and her children passed loving notes under the door. Jen’s husband, Greg, was right by her side, changing her bandages and cleaning her wounds every day. Jen says that the support from her family, along with her religious faith, were essential in helping her face the long recovery.

She got additional support at Johns Hopkins. “I can't even say how phenomenal Dr. Desai was. He was so down-to-earth and helped me understand everything that was happening to me. Every time I went, he encouraged me and was honest, but positive.

“It was six or eight months before I looked or felt normal,” Jen says. “My BCC wasn’t life-threatening, but it was certainly life-altering. I don’t look perfect, but I don’t have to feel uncomfortable going out. With some makeup, no one can tell I have had surgery.”

Dr. Desai says, “Our objective in this kind of reconstructive surgery is to make sure strangers don’t do a double-take when you’re out in public, such as at the grocery store.” 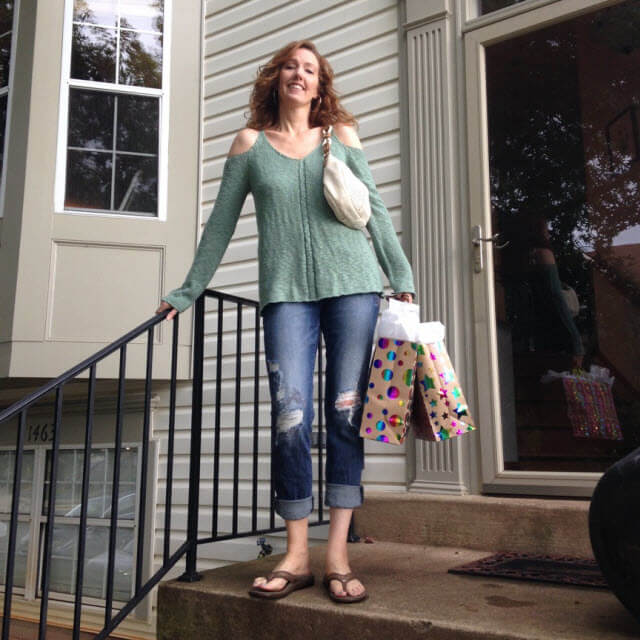 Jen is getting back to her busy life, supported by her family, her faith, and her care team at Johns Hopkins.

Today Jen is getting back to her busy life. The exhaustion she felt after surgery, along with some thyroid issues, are resolving. She’s looking forward to resuming her career as a social worker now that all the kids are in school.

Jen’s family is recovering as well. The couple's children are coming to terms with what happened to their mom now that she is out of danger. She says the younger kids took the incident more or less in stride, but her eldest was more affected by the event, and wrote a story about what happened to help her sort out some feelings. “When I was going through the surgeries, she felt responsible for taking care of me and the rest of the family,” Jen says.

As far as the possibility of future BCCs, Jen is realistic: “I'll get ‘basals’ for the rest of my life, even with sunscreen and hats,” she says. “But I'm not worried, because I understand that what happened to my nose was very unusual.”

She is still grateful that she found the Johns Hopkins team. “Dr. Desai has so much experience in doing these surgeries. He knew what he was doing and never rushed me. Other doctors can address the physical part of treatment, but Dr. D was so beautiful in getting me through the emotional part, too.”

The Johns Hopkins Center for Facial Plastic and Reconstructive Surgery

Learn about our center
back to top button