Molecular Mechanisms of Neuronal Morphogenesis During Development and Regeneration

The overall goal of our research is to understand the molecular mechanisms underlying development of the mammalian nervous system. Specifically, we are interested in understanding how neurons generate their complex morphology and form proper circuitries during development and how neurons regenerate to restore connections after brain or spinal cord injuries.

Epigenetic Regulation of Neuronal Morphogenesis During Development and Regeneration

Regulation of gene expression is important for almost every biological process, including neuronal morphogenesis, such as neuronal migration and axon/dendrite growth during development and axon regeneration after injuries. Epigenetic regulation independent of changes in DNA sequences is emerging to be a key cellular mechanism to control gene expression. There are three major epigenetic modifications, including DNA methylation, histone modification and non-coding RNAs. In this project we will explore how these epigenetic modifications control neuronal morphogenesis, in particularly during neural regeneration. One of the great mysteries in the history of medicine is the failure of the regeneration of damaged axons in the mature mammalian central nervous system (CNS). Recent studies have revealed that the diminished intrinsic axon growth ability of neurons in the mature mammalian CNS is the major reason that they do not regenerate their axons after the injury. We hypothesize that a specific epigenetic code controls gene expression that determines the intrinsic axon growth ability of mature mammalian neurons. To test this hypothesis, we are now examining the roles of several epigenetic pathways in mediating mammalian PNS axon regeneration, and exploring whether manipulation of these epigenetic pathways is able to promote mammalian CNS axon regeneration. In this study, mouse genetics (e.g., in vivo electroporation, Cre-LoxP system), deep sequencing (e.g., RNA-seq, ChIP-seq) and several in vivo axon regeneration models (e.g., sensory axon regeneration, spinal cord regeneration and optic nerve regeneration) are used. By using similar approaches in developing neurons, we are also examining whether they regulate neuronal morphogenesis (e.g., neuronal migration, axon growth/guidance and dendrite development) during brain development and if misregulation of them during development has any effect on cognitive functions.

The failure of axon regeneration in the mammalian CNS is also due to the hostile environment of adult CNS contributed by inhibitory molecules, such as myelin-based inhibitors and inhibitory chondroitin sulfate proteoglycans (CSPGs). Growth cones are highly motile structures at the tips of growing axons that drive axon extension by integrating axon growth regulatory signals. Axon elongation is achieved by the assembly of membrane and the cytoskeleton elements at the growth cone. In the mature mammalian CNS, the inhibitory molecules are thought to act primarily at the growth cone machinery to shut down axon assembly. Therefore, the goal of the project is to manipulate the nerve growth cone, which is not only the machinery that drives axon growth but also the final target of inhibitory molecules, and to determine if it can promote axon regeneration in an inhibitory environment. In this study, genetic mouse models and high-resolution live cell imaging (in vitro and in vivo) approaches are used.

Changes in glycogen synthase kinase 3 (GSK3) activity have been associated with many psychiatric and neurodegenerative diseases, including Alzheimer’s disease, schizophrenia and autism spectrum disorders. Many of the genes associated with these disorders encode proteins involved in GSK3 signaling, such as disrupted-in-schizophrenia 1 (DISC1), Neuregulin 1, PTEN, serotonin, tuberous sclerosis complex 1/2 (TSC1/2) and adenomatous polyposis coli (APC). Recent evidence suggests that GSK3s and their upstream and downstream regulators have key roles in many fundamental processes during neural development, including neurogenesis, neuronal polarization and axon outgrowth. Therefore, a better understanding of the role of GSK3 in brain development could provide insight into the etiology of these disorders and possibly open up the potential of a new library of therapeutic targets. Our recent studies have also demonstrated important roles of GSK3 signaling in regulation of axon regeneration. Based on our studies, we think that GSK3 signaling regulates neuronal morphogenesis during development and regeneration via coordinating neuronal microtubules locally in axons/dendrites and gene expression in cell soma. In this study, we are using mouse genetics and high-resolution imaging of microtubule dynamics in neurons to dissect the roles of GSK3 signaling in neural development and regeneration. We are also using high throughput-based protein chip technology to identify isoform specific substrates of GSK3a and GSK3b, which we think will help future development of isoform specific inhibitors of GSK3.

We are interested in understanding how extracellular signals are transduced inside the neurons to control neuronal migration, axon growth and axon guidance. As signal transduction in cells is highly spatial and temporal regulated, the best way to study is to visualize it directly in live cells using biosensors. Therefore, in this project we will perform live cell imaging of signal transduction during development and regeneration using several available biosensors. We will also use state-of-the-art imaging techniques, such as TIRF, to achieve high-resolution imaging of cytoskeletal dynamics in nerve growth cones during growth cone migration and steering. In addition to dissociated neurons, we are interested in imaging axon regeneration in live adult mice after peripheral or spinal cord injuries. 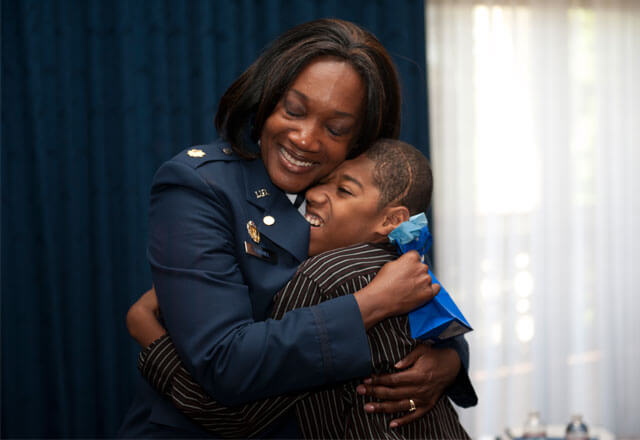 Meet former patients and their families, and see how they found hope at Johns Hopkins.