Thank you, Dr. Michael Ain, for the remarkable job you have done for Chael and your continued dedication to improving the lives of others! 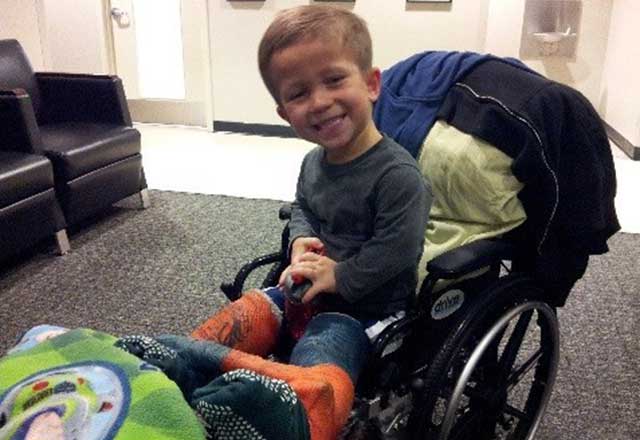 The following testimonial was written and provided by the patient’s mother.

Chael Ryan Sandoval lives in New Mexico, and like any other young boy, he just wants to play, play and play. Chael loves to be outside with his animals, playing with his tractors and monster trucks, but most importantly, with his best friend — his Gramps.

A prenatal ultrasound revealed that Chael might have achondroplasia, a form of dwarfism. X-rays taken after birth confirmed the diagnosis. Chael was also born (2008) and diagnosed with kyphosis, which resulted in an extreme curvature of his spine and extreme bowing of his legs. Both conditions are common among people with achondroplasia. Chael’s local pediatrician played a very active and important role in assuring that Chael was properly seen by specialists. We began seeing orthopaedic surgeons at Carrie Tingley Hospital in New Mexico. We were told that the degree of the curvature in Chael’s back was not improving — in fact, it was getting worse. We were also told that Chael would need surgery in the near future. I became a momma on a mission after being told this. The first thing I was going to do was get a second opinion. Secondly, I vowed to my baby boy that I would not let anyone other than the best do any type of surgery on him. Coincidentally, our local Little People of America (www.lpaonline.org) chapter was in the process of hosting a conference, where 15-minute appointments were going to be offered with surgical specialists. 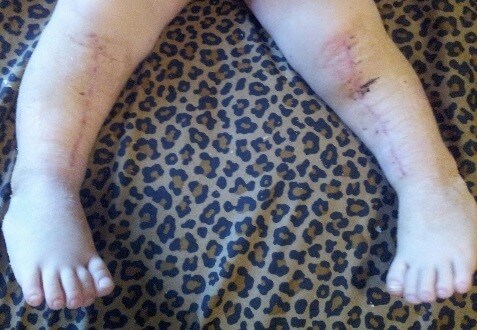 Once we received confirmation that we were scheduled to meet with Dr. Michael Ain, I felt very privileged and excited, since I had already heard many good things about him. We made sure we had current X-rays and a current MRI scan available for Dr. Ain to view during this meeting. As soon as he reviewed Chael’s spinal MRI, Dr. Ain told us that Chael would need to have a spinal decompression/fusion surgery as soon as possible. Dr. Ain then invited us to Baltimore for a follow-up appointment to further discuss Chael’s kyphosis. Leaving that 15-minute appointment that day, I was full of different emotions. However, there was one thing that I was very sure about. I had no doubt in my mind we had just met Chael’s new orthopaedic surgeon. 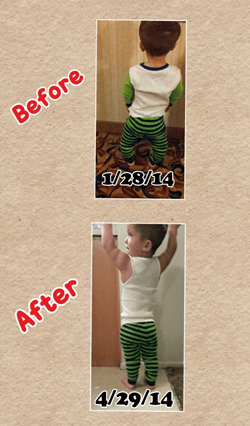 As we began our journey to Dr. Ain at Johns Hopkins, I quickly learned that traveling out to Baltimore was much more complicated than just catching a plane and going to an appointment. This is where I began to learn about the complicated process of going outside of your insurance network. Tresie, Dr. Ain’s nurse, and Brenda, his office manager, immediately became active in guiding me through this process. Everybody worked together to get the authorizations to go outside of network, and single-case agreements were put in place so Chael could be seen by Dr. Ain.

Since 2013, Chael has had two surgeries performed by Dr. Ain:

Chael has recovered incredibly fast with absolutely no complications after each surgery.

Dr. Ain is tremendously knowledgeable in what he does. I appreciate that he sticks to the facts and always has one goal for Chael — to improve his quality of life now and in the future. I highly recommend Dr. Ain to anyone looking for an orthopaedic surgeon that is knowledgeable and an expert in his or her field. I have complete confidence in anything that Dr. Ain tells me about Chael’s orthopaedic health. I will not take Chael to anyone other than Dr. Ain. It was a huge learning experience for me, and it was the best decision I made.

Thank you, Dr. Michael Ain, for the remarkable job you have done for Chael and your continued dedication to improving the lives of others!

The family of Chael Ryan Sandoval 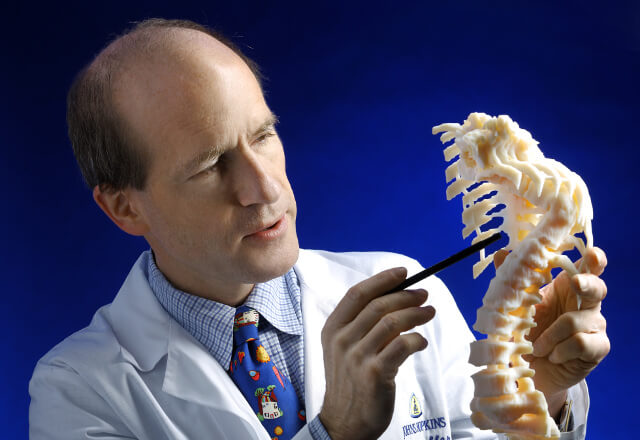 Although Dr. Ain no longer sees patients, Johns Hopkins Pediatric Orthopaedics is home to other experts who treat achondroplasia. Our team also works closely with the Greenberg Center for Skeletal Dysplasia to provide will-rounded care to patients with achondroplasia and other forms of dwarfism.