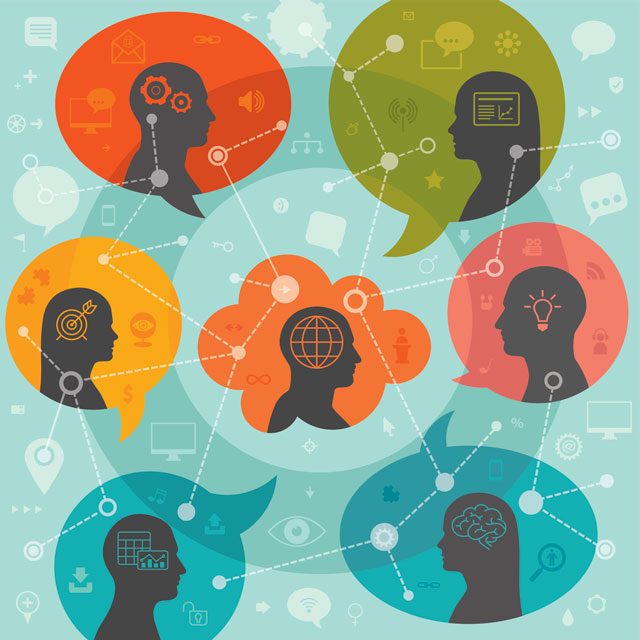 On the third Tuesday of the month, at precisely 6:55 a.m., the Team of Teams conference call begins.

“I have my timer and I’ve had to occasionally cut people off in the beginning, but not recently,” says William Baumgartner, who launched the calls in February 2017 and moderated them in his role as senior vice president for OJHP through his June 2018 retirement.

“The main purpose of the calls is to let people know what’s going on at Johns Hopkins,” says Baumgartner, who was also vice dean for clinical affairs and professor of cardiac surgery.

Starting in September, the Team of Teams calls will be handled by professor of surgery Jonathan Efron, who succeeded Baumgartner as OJHP senior vice president. Like Baumgartner, Efron will choose the topics, invite potential speakers and moderate the calls.

Baumgartner brought the Team of Teams concept to Johns Hopkins after reading a 2015 book by General Stanley McChrystal, who was commander of the Joint Special Operations Task Force in Iraq.

In Team of Teams: New Rules of Engagement for a Complex World, McChrystal describes a daily conference call that connected thousands of people in the U.S. military so they could quickly share information across geographies, ranks and perspectives. “I thought this was a great communication tool,” says Baumgartner.

Working with Kim Sherbrooke, vice president and chief operating officer of OJHP, and Sandy DiBlasio, administrative manager of the Johns Hopkins Medicine Clinical Practice Association, he sent electronic invitations to leaders across the health system, including hospital presidents and clinical directors. “We are not fighting Al-Qaeda, but I believe we could vastly improve our communication,” the invitation said.

Other Johns Hopkins Medicine employees may request invitations. Between 80 and 110 faculty, staff and leaders dial in each month, Baumgartner says. The technology was tweaked so people can join or drop the call without the usual telltale beep.

The Team of Teams calls provide information that listeners might not otherwise hear, giving them a more complete picture of Johns Hopkins Medicine, Baumgartner says. “You can listen as you’re packing lunch for your kids, and if there’s a topic that interests you and you want more information, you know who to call to follow up,” he says.

Johns Hopkins Medicine employees interested in listening to the calls can contact Sandy DiBlasio at swood@jhmi.edu for more information and the dial-in codes. Send topic ideas to Jonathan Efron at jefron1@jhmi.edu.

Johns Hopkins Community Physicians (JHCP) started its own conference call in April, following the format of the Team of Teams call hosted by the Office of Johns Hopkins Physicians.

Good Morning JHCP! begins at 6:55 a.m. the second Tuesday of every other month. Like the Team of Teams call, it lasts precisely 30 minutes, with five minutes allotted to each speaker. Subjects so far have included systemwide initiatives such as the new Innovation 2023 strategic plan for Johns Hopkins Medicine, as well as updates on specific projects such as one for improving after-hours triage.

“We want to make sure we cover a broad array of topics and share information as transparently as we can,” says Steve Kravet, president of Johns Hopkins Community Physicians and moderator of the calls.

JHCP sends calendar invites with the conference call codes to all its staff members, about 1,300 people, says Kravet. About 130 people participated in the first call.

Kravet opened the first call with “Good morning JHCP!” — a modification of the catchphrase from the 1987 movie Good Morning, Vietnam starring comedian Robin Williams. The words became the name of the calls as well as his greeting at the start of each one.