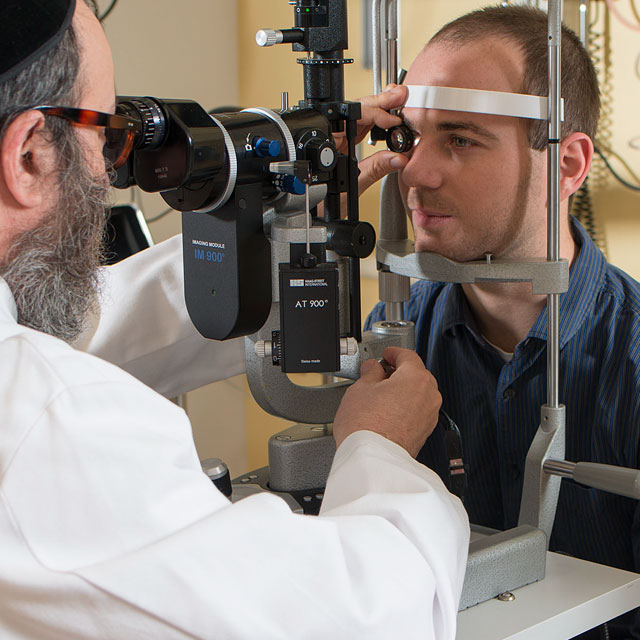 Last June, the Johns Hopkins Wilmer Eye Institute accomplished a major milestone in patient care: offering same-day patient appointments to every patient and referring physician who requests one. The initiative came about in response to a recognized need by both patients and providers, but there have also been some surprisingly positive impacts on the service.

“We’ve seen a 35 percent growth in patient volume and a marked increase in philanthropy from some of the new patients,” says Ashley Behrens, chief, Division of Comprehensive Eye Care. “It’s a win for both patients and Wilmer.”

Physicians and patients can both schedule same-day appointments by calling 410-955-5080. The service is available at all Wilmer locations.

“The division is the front line of eye care at Wilmer,” says Michael Repka, a Wilmer ophthalmologist who assists with the initiative. “It is often where we see people for the first time. Our ability to see them within 24 hours is critical to delivering on our mission.”

Many new patients are caught off guard by that level of service, Repka says. “They don’t expect it from a world-renowned institution like Wilmer, but they certainly respect and value it when they realize that we deliver on the promise,” he says. The same-day appointment initiative began almost three years ago with a challenge from Wilmer Director Peter McDonnell: to offer an appointment within 24 hours to every patient or referring doctor who would like one. Division leaders then took things a step further by striving to ensure that all patients are seen within 15 minutes of arrival.

“It all makes for an exceptional patient experience, says Repka. “Not all patients are even prepared to take advantage of the program, but we have made good on the offer for every patient who accepts.”

The division cares for scores of patients across Maryland as well as patients who have traveled from every state and more than 80 countries. At the outset, the need was estimated at approximately 1,000 same-day appointments per month. The division then assessed and instituted operational changes, grew staff, and brought on new ophthalmologists and optometrists.

An early indication of the program’s success: The Division of Comprehensive Eye Care saw a 35 percent spike in the number of patients on its rolls. An unanticipated and welcome outcome has been an increase in new philanthropy from patients who were delighted by the unexpectedly prompt and caring service they received on the same day they called Wilmer for the first time.

With the Comprehensive Eye Care team’s continued commitment to providing prompt and caring service, Repka expects the positive feedback to keep pouring in. “The response has just been fantastic,” Repka says. “We’re really proud of this initiative. It sets the standard nationwide and upholds the reputation that Wilmer enjoys as one of the world’s leading eye care centers.”

Bryan Rexroad works in the Wilmer Eye Institute call center, where he and a team of 45 agents field more than 35,000 calls per month from anxious patients and pressed doctors. His goal is ensur­ing any patient seeking a same-day appointment can get one—and making this happen in the most compassionate and efficient way possible.

Rexroad says he’s always been an open person who can talk to anyone. “Whenever I train some­body to be a patient access spe­cialist, I tell them to be open and treat everyone almost like they’re your friend.”

When people find out he works in a call center, they’re often curious about what kind of call center it is. He explains that it’s for Johns Hop­kins, and that his day is spent making appointments for doctors and triaging calls. It’s a responsibility he consid­ers to be extremely important—it’s work, he says, that makes a difference in patients’ lives.

On average, Rexroad answers between 70 to 100 calls a day. It only takes a few seconds to decipher whether a call is going to be pre­dictable or more challenging. “Calls can be from someone who needs a routine eye exam, so they just want glasses, to someone having an urgent issue, like they’re seeing floating spots, flashing lights; all these symptoms that could lead to something.”

It’s one reason Rexroad enjoys interacting with patients; every conversation is different. “A lot of the elderly people like to tell puns and jokes,” he says. “I’ll ask them if they have a good callback number and they’ll say, no, I just have a regular one.” If a patient is upset or frus­trated, Rexroad says being empathetic can be helpful. “You have to have em­pathy and understand where they’re coming from,” Rexroad adds. “I know if I was losing my sight, I’d probably be frustrated with many things.”

His greatest satisfaction comes from pointing patients in the right direction, something that can quickly reduce the stress they’re feeling. “My favorite types of calls are, honestly, providing the appropriate informa­tion,” he says. “It’s always really nice when somebody starts off super grumpy, and then you help them out and they’re the most thankful people that you’ve helped.” 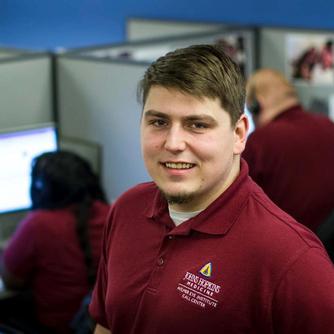