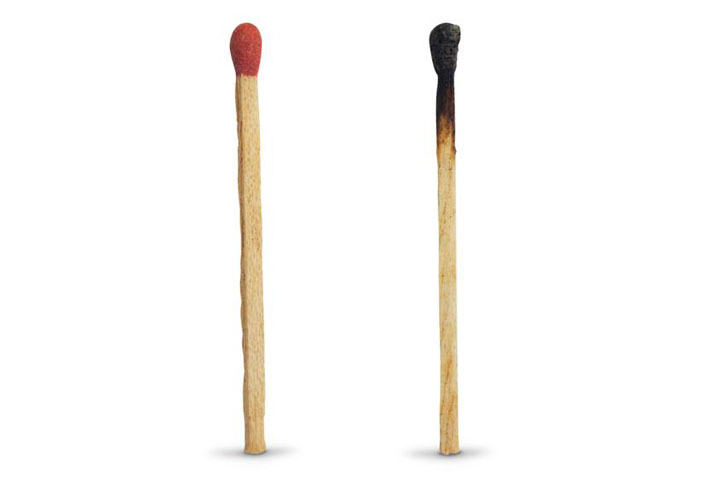 However the feeling is labeled, burnout is endemic among physicians — and on the rise. A 2014 survey found evidence of burnout in 54 percent of physician respondents, 9 percentage points higher than three years earlier.

Symptoms include a loss of enthusiasm for and engagement in work, cynicism about that work, and a low sense of accomplishment.

Reducing physician burnout and attenuating its effects were the focuses of the fourth annual Johns Hopkins Medical Staff Leadership Retreat held April 8 at the Chevy Chase Club in Chevy Chase, Maryland, which was attended by some 250 physicians and senior administrators from across Johns Hopkins Medicine. Organized and led by Diane Colgan, chair-elect of the Suburban Hospital medical staff, the all-day retreat featured speaker J. Bryan Sexton, director of Duke University’s Patient Safety Center and associate professor in psychiatry and behavioral sciences at Duke University School of Medicine.

In her opening remarks, Redonda Miller, senior vice president of medical affairs for the Johns Hopkins Health System, pointed out that burnout not only “saps the joy from practice” but also compromises patient care. Higher levels of provider burnout are correlated with medical error and lower patient satisfaction scores.

“If you can’t take good care of yourself, it’s harder to take care of others,” she said.

What’s more, burnout is contagious, Sexton said. He cited one study that found some neonatal intensive care units (NICUs) with high levels of burnout, some with low. But within each NICU, there was little variability in burnout level. Team members from the same NICU had similar levels of burnout, especially when they had worked together for at least six months.

The JAMA study found that practitioners of emergency medicine, general internal medicine, neurology and family medicine exhibited the highest levels of burnout. The specialties with the lowest levels were pediatrics, dermatology and occupational medicine.

But physicians across all specialties are twice as likely as other professionals to report symptoms of burnout.

Sexton challenged the audience to recall the last good joke they heard. Most people, he continued, cannot remember an enjoyable joke told to them just days before but can instantly identify the sound of a rattlesnake they’ve only heard once. “Our brains are hardwired to identify and react to threats,” he said. “We notice and remember the negative over the positive because there’s an evolutionary advantage in doing so.”

But this trait also makes us less likely to notice the positive in favor of the negative, which, over time, contributes to burnout.

Sexton offers two exercises to help physicians reconnect with their love of medicine and clinical practice.

He told audience members that every evening for two weeks, within two hours of bed, they should write down three things that went well for them that day. For each entry — for instance, “My first patient of the day was on time and showed improvements in symptoms” — they should provide the important details:

This exercise “retrains our brains to focus on the positive and on our role in bringing positive things about,” Sexton said. He emphasized that taking the time to write out the event and its telling details is important because simply doing the exercise in your head does not create the same lasting effects.

Another exercise is to write a letter expressing gratitude to a person who has had a positive and lasting impact on one’s life and share the letter, preferably by reading it aloud to its recipient. If that person is deceased, read the letter aloud to someone who knew that person well, Sexton said.

Both exercises seek to extract the gold from the dross in medical practice by encouraging physicians to see beyond drudgery and frustration to focus on what’s meaningful and fulfilling in their work.

“Focus on bringing out the good in others and helping them reach their full potential, because meaningful connections are the strongest guard against burnout,” Sexton said. “Chase meaning to get happier and to rediscover your love of medicine.”

In April, more than 250 physicians and leaders from across Johns Hopkins Medicine gathered in the ballroom of the Chevy Chase Club in Chevy Chase, Maryland, for the fourth annual Johns Hopkins Medical Staff Leadership Retreat. Diane Colgan, a plastic surgeon who is chair-elect of the Suburban Hospital medical staff, organized and led the all-day retreat, whose focus was reducing physician burnout.

“Doctors have more and more requirements heaped on them, and they can’t really take care of patients the way they want to. But we have to learn to work in the system we’ve been given, and I hope the conference proved useful,” she says.

Says Eric Aldrich, vice president of medical affairs for Howard County General Hospital: “Diane has been the driving force behind this gathering, which gets bigger every year. Not only do physician leaders get great training, but the retreat furthers integration by bringing together Johns Hopkins-employed physicians and community physicians.”