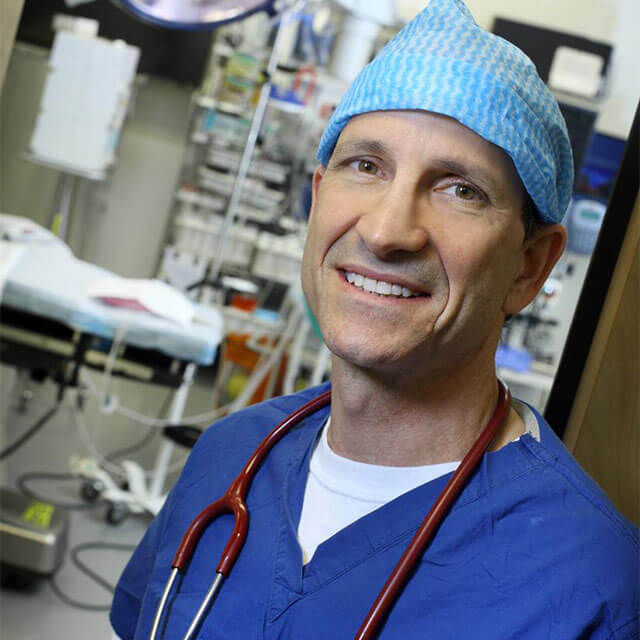 Steven Frank, medical director of the Johns Hopkins Center for Bloodless Medicine and Surgery, says The Johns Hopkins Health System has seen a decrease in blood use across all five hospitals, for an estimated total annual savings of $1 million.

Steven Frank gives an overview of the center and its work.

Can less equal more? It can when hospitals use blood transfusions more judiciously, according to an education campaign by Johns Hopkins anesthesiologist Steven Frank and members of the Armstrong Institute for Patient Safety and Quality’s Blood Management Clinical Community.

Through Frank’s dedicated lectures about evidence-based transfusion practice over the past three years, and asking doctors and nurses to give only one unit of red blood cells (about a pint of blood) for adult patients who are not actively bleeding, the Johns Hopkins Health System has seen a decrease in blood use across all five hospitals — for an estimated total annual savings of about $1 million.

Blood transfusion is one of the top five overused medical procedures, according to a 2012 Joint Commission summit. “It’s right up there with heart vessel stents, antibiotics for the common cold and ear tubes for children,” says Frank, medical director of the Johns Hopkins Center for Bloodless Medicine and Surgery. The risks of transfusion are often underrecognized, he notes.

Patients receiving transfusions are at increased risk both for hospital-acquired infections and for adverse reactions, such as transfusion-related acute lung injury and transfusion-associated cardiac overload — the No. 1 and No. 2 most common causes of death from transfusion, respectively, Frank says. Using less blood yields clinical outcomes that are the same or better for patients, he adds: “Blood management is one of the few areas in medicine where you can reduce risk, reduce cost and improve outcomes at the same time.”

Blood is one of the largest cost centers in most hospitals, Frank says. The Johns Hopkins Health System spends about $28 million a year on blood. “If we can reduce blood use by 10 percent,” says Frank, “that’s almost $3 million a year that we can save.” The cost of blood is either poorly reimbursed or not reimbursed, and because blood is a charitable donation, Medicare doesn’t pay for the first three units administered to a given patient in any calendar year. A single unit costs $220 to acquire from the Red Cross, but factoring in all the steps necessary to bring that unit to the patient can easily quadruple that price, Frank says.

In 2012, Frank began educating groups of nurses, hospitalists, surgeons, anesthesiologists and others at The Johns Hopkins Hospital about better blood management. Eight large randomized trials had shown there was no benefit to giving two units of blood instead of one for hemodynamically stable, nonbleeding adults, he told them, and the optimal threshold for transfusion is when hemoglobin — the protein in red blood cells — drops below 7 grams per deciliter. The average adult has about 13 to 14 grams of hemoglobin per deciliter. In 2013, the group added a pop-up computer screen alert that appears whenever staff members order red blood cells for a patient with a hemoglobin level equal to or greater than 7 grams per deciliter.

“We expect an even greater reduction in blood use since the best practice advisories just went live at the three community hospitals,” Frank says. “There’s a lot more opportunity for savings in the near future.”