OpenNotes to Be Turned On for Most Ambulatory Specialties

OpenNotes to Be Turned On for Most Ambulatory Specialties 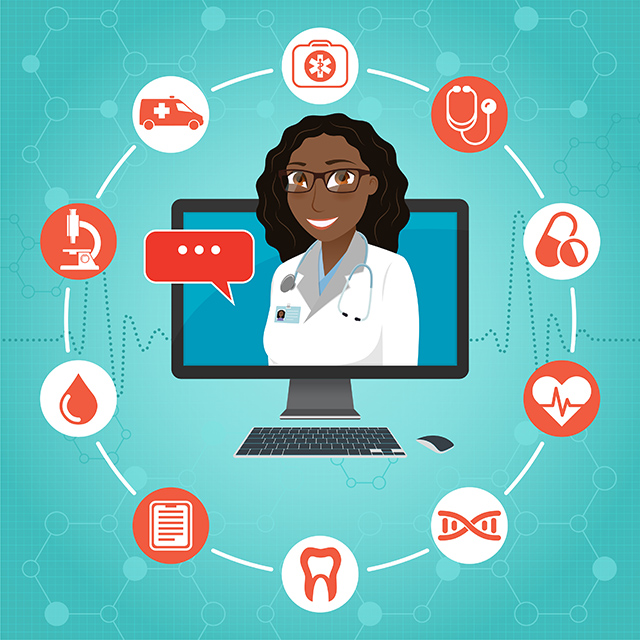 OpenNotes is a feature in the electronic medical record that gives patients the ability to read their ambulatory visit notes via MyChart. Although a number of specialties have offered patients access to notes in this way since July 2015, as of March 1, 2018, OpenNotes will become the default option in Epic for most physicians in ambulatory specialties at both the school of medicine and Johns Hopkins Community Physicians. The exceptions are psychiatry and substance abuse, obstetrics, and general pediatrics including adolescent medicine (but pediatric specialties are offering OpenNotes).

For physicians, this means their notes about a patient encounter will automatically be available to the patient to read unless they click a button to prevent sharing it.

Not included in OpenNotes are inpatient notes, operative notes and documentation from video visits or phone calls, says internist Howard Levy, who has spearheaded the use of OpenNotes at Johns Hopkins.

The practice of sharing notes with patients in this way got its impetus from a 2010 demonstration study done at Beth Israel Deaconess Medical Center, Geisinger Health and Harborview Medical Center, a safety net hospital in Seattle affiliated with the University of Washington School of Medicine. In the study, 105 primary care physicians invited some 20,000 patients to read their notes online. The study’s results showed that reading notes improved patients’ understanding of their care plans, increased their sense of being in control of their health care, and boosted their engagement and satisfaction. At the end of the study, 85 percent of the patients said that being able to read notes in this way would be important to them in the future when choosing doctors. And two-thirds of patients taking medications reported better adherence to their regimens.

Now, at the end of 2017, more than 20 million patients have online access to their notes, according to the OpenNotes website.

Caregivers can have access to the notes as a patient’s proxy, which is especially helpful with patients who have cognitively disabling conditions such as dementia (see the sidebar “A Psychiatrist’s Perspective”) or potentially terminal ones, such as cancer. A study of OpenNotes’ impact on caregiver understanding of breast cancer patients’ condition and treatment is being conducted by Antonio Wolff, professor of oncology, and Jennifer Wolff, professor of health policy and management at the Johns Hopkins Bloomberg School of Public Health. Funded by the Susan G. Komen foundation, it launched in July 2017 and is expected to end in July 2019. Some 22 patient-caregiver dyads are currently enrolled, says Diane Echavarria, senior research program coordinator at the school of public health, and up to 180 are expected to be signed up.

Already overburdened physicians fear that making their notes accessible to patients will add to their workload by necessitating a change in how they write — for instance, by requiring the use of less jargon — and requiring more time answering patients’ queries.

But in the demonstration study, only 3 percent of physicians reported spending more time outside of visits answering patients’ questions and message volume didn’t change. About 11 percent reported taking more time writing and editing their notes. However, at the end of the study period, all the participating physicians opted to continue making their notes accessible to patients.

“A number of providers at Johns Hopkins have been using OpenNotes for up to two and a half years, without complication or incident,” says Levy. He notes that in the pilot of OpenNotes at Johns Hopkins, which launched in July 2015, there was no increase in call volume or MyChart messages.

And he observes that OpenNotes’ benefits to the patient — jogging memory, being able to verify that the doctor has everything right, having a written document to refer back to if questions arise after the visit, just for starters — outweigh any minimal additional burden on the clinician.

Here are resources to learn more:

OpenNotes: How the Power of Knowing Can Change Health Care
NEJM Catalyst July 10, 2017

US Experience with Doctors and Patients Sharing Clinical Notes
BMJ 2015

Connecting Patients and Clinicians: The Anticipated Effects of Open Notes on Patient Safety and Quality of Care
The Joint Commission on Quality and Patient Safety August 2015

Psychiatrist Chiadi Onyike is a strong advocate for OpenNotes, yet psychiatry is one specialty where there is particular caution about giving patients access to notes. But as director of the Frontotemporal Dementia Program, he treats patients experiencing cognitive decline, and for him, OpenNotes is an invaluable aid to treatment.

“I want my patient to know what I know. The more information they have about their health, the better. And their adherence to treatment improves,” he says.

As for his colleagues who work with patients with potentially sensitive diagnoses such as schizophrenia or borderline personality disorder, he says he understands the concern. But he believes that mental and behavioral illnesses and their treatment need to be destigmatized, and toward that end, he thinks OpenNotes should be in wider use in his specialty.