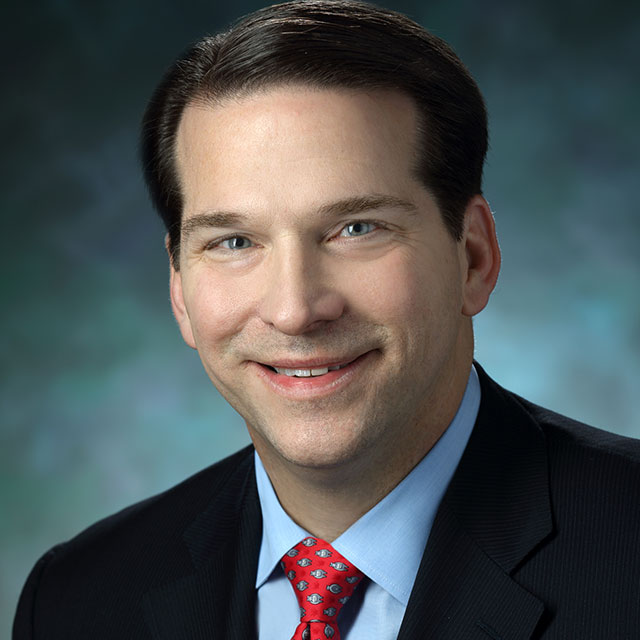 “The primary responsibility is to grow research at these community hospital sites in both volume and impact, with the goal of also helping investigators at The Johns Hopkins Hospital and Bayview Medical Center expand their research,” says Mark Sulkowski, named in October as associate dean for research in the capital region.

“We want patients in our community hospitals to have the same opportunities to participate in clinical research that they would have at the Baltimore campuses,” says Sulkowski, who is also a professor of medicine at the Johns Hopkins University School of Medicine and medical director of the Viral Hepatitis Center of the Division of Infectious Diseases.

In his new role, Sulkowski is raising awareness of CAPRES and strengthening collaborations among the community hospitals and clinical researchers at Johns Hopkins academic centers.

One such project expands to Suburban and Sibley Memorial hospitals a trial that provides safe MRIs to patients with implanted pacemakers or defibrillators.

Cardiologist Henry Halperin has been studying the issue since 2000 and made a remarkable discovery: Almost everyone with an implanted pacemaker or defibrillator can safely get an MRI, contrary to previous criteria from the Food and Drug Administration and the devices’ manufacturers.

Halperin, who started clinical trials in 2002, developed a procedure that involves examining the device, reprogramming it to temporarily disable certain features, monitoring the patient during the MRI, and then checking and recalibrating the device.

Until recently, the procedure was only available at The Johns Hopkins Hospital, which provides about 600 MRIs each year to patients with devices that are not specifically labeled by the FDA as being able to undergo the imaging.

However, demand is enormous, notes Halperin. Millions of people who would benefit from MRIs have implanted devices, the vast majority of which are not designated MRI safe, he says.

Halperin’s expansion of the trial to Suburban and Sibley Memorial hospitals started about a year ago, with the help of CAPRES. The MRIs take place at Sibley, which has the required equipment.

Now, about 90 more patients per year have access to the procedure without having to travel north to Baltimore, says Edward Healy, chief of cardiology at Suburban Hospital. “The study has been great for us and our patients,” says Healy, who practices at both Suburban and Sibley Memorial. “It really expanded the number of people who had potential access to the MRI tests. Having it here in the area was a major improvement for our patients.”

Healy says the CAPRES office was instrumental in bringing the study to Suburban and Sibley Memorial, a process that included making presentations to research committees at both sites.

“We had to convince people that this was safe and effective,” he says. “It was viewed as something that happened at The Johns Hopkins Hospital and nowhere else. It took some convincing.”

In large part because of the investigation, the Centers for Medicare & Medicaid Services in April changed its policy and now reimburses for MRIs for people with the implantable devices, even if the patients are not in a clinical trial.

“You don’t have to be in a study to get a scan now,” Halperin says. “Medicare removed that requirement because we showed that it’s safe.”

Yet the research continues, as Halperin turns his attention to people with implanted devices that either are damaged or have unusual positioning. And the patients at Sibley and Suburban Memorial, as well as The Johns Hopkins Hospital, continue to benefit.

Sulkowski encourages community hospital clinicians interested in clinical research, and researchers at The Johns Hopkins Hospital and Bayview Medical Center, to contact CAPRES to explore opportunities that may enrich their clinical practices and research programs. Email Mark Sulkowski at msulkowski@jhmi.edu or Jackie Lobien at jlobien1@jhmi.edu.