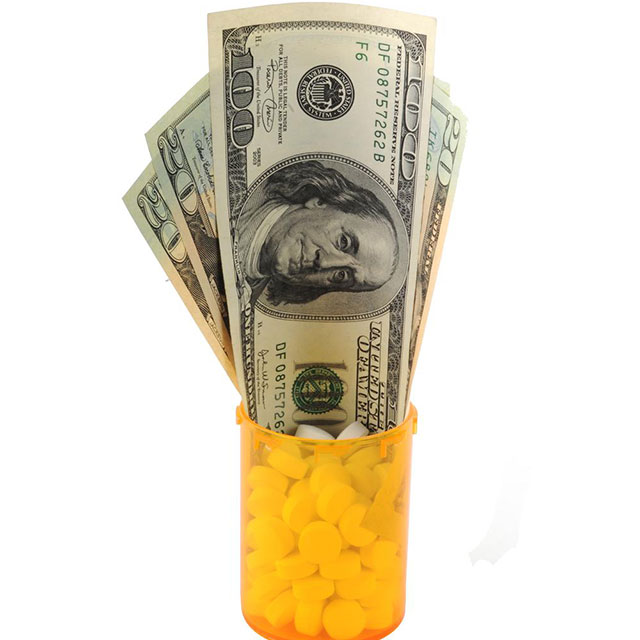 And think of physicians who practice at multiple hospitals in the health system — what if a drug they want to prescribe is not on a particular hospital’s formulary?

The Formulary Management Committee came together in fall 2014 to create a common formulary for the five adult hospitals in the health system. The formulary for each hospital currently contains up to 1,700 medications, each with different strengths and dosage forms.

Attaining a single formulary remains a couple of years away, but the benefits of the committee’s work have already been substantial, says Redonda G. Miller, president of The Johns Hopkins Hospital:

Gary Roggin and Brent Petty co-chair the committee; Roggin is a gastroenterologist who practices at Suburban Hospital and chairs the Suburban Hospital Pharmacy and Therapeutics Committee, and Petty is chair of the Pharmacy and Therapeutics Committee for Johns Hopkins Medicine. Meeting once a month at Howard County General Hospital, the approximately 25-member committee consists of physicians, pharmacists and nurses from the academic and community hospitals, as well as representatives from finance and regulatory matters.

Celia Proctor, assistant director of formulary management and integration for the health system, coordinates and manages the committee’s work and the work of the four specialty panels, which perform reviews of new formulary requests and specific drug classes. One, for example, focuses on antibiotics.

“Class reviews allow us to look at clinical efficacy, safety and relative costs to determine which medications to add to the health system formulary,” says Roggin. “For instance, there were about eight ACE inhibitors in use in the system; we narrowed that down to three.”

This year, about 25 drug class reviews are to be completed. More than 230 clinicians have been involved in the committee’s efforts to date.

The committee establishes rules for the use of particularly expensive medications, such as intravenous acetaminophen, which was in wide use in the system for pain control after surgery. It was thought to reduce length of stay and opioid use. But the evidence suggested that it was not more effective than oral acetaminophen.

Some members of the committee argued it should remain on the formulary, however. After a review of the documented evidence, says Roggin, the committee decided that one use per patient would be permitted postoperatively.

“Nonstocking” is another way the system saves money. A very expensive oncology agent may be on the formulary, but because it is never used at a hospital, that hospital does not stock it and thus saves the cost of purchasing it.

“The cooperation among the different hospitals has been superb,” says Miller.

What started as a simple request for help from Johns Hopkins Bayview Medical Center’s pharmacy division to The Johns Hopkins Hospital has resulted in integrated pharmacy services between the two medical centers and significant shared savings.

In 2013, when Johns Hopkins Bayview’s pharmacy was in search of a new director and in need of interim leadership, Daniel Ashby, chief pharmacy officer for the Johns Hopkins Health System, and his colleagues saw an opportunity to do more than offer a temporary helmsperson. They began exploring strategies for how to share activities across the two hospitals, and that fall, a systemwide planning retreat gathered representatives from the pharmacies and administration from five Johns Hopkins hospitals. The consortium looked at successful integration models from areas such as facilities and pathology.

A memorandum of understanding between The Johns Hopkins Hospital and Johns Hopkins Bayview, finalized in April 2014, identified 11 areas in which pharmacy could share services across its academic division, including strategic planning, compliance with regulatory affairs, fiscal management, and the scope and quality of services supporting safe medication use.

“We wanted to optimize our available resources,” Ashby explains. “We wanted to make sure that people within the system who had similar responsibilities were connected, identify best practices within each hospital and share them, and see what could be done to bring savings through performance improvement initiatives.”

The pharmacy at The Johns Hopkins Hospital, for example, set a performance improvement target of $3.1 million this fiscal year. Six months in, the division was projected to achieve at least $4.2 million in savings, Ashby says.

The direct cost savings reflect not only improved formulary management but also savings resulting from sharing services across campuses. For example, Sheila Lind, a senior financial analyst for the health system’s pharmacy, used to prepare a monthly analysis of drug spending and budget performance for The Johns Hopkins Hospital; she now does so for both hospitals. Bob Feroli, medication safety officer for The Johns Hopkins Hospital, travels to Johns Hopkins Bayview and the community hospitals to help them prepare for any upcoming Joint Commission accreditation surveys.

“I think the real key to success has been the engagement of leadership across all pharmacy departments,” Ashby says. “Our colleagues at Johns Hopkins Bayview, Sibley Memorial Hospital, Suburban Hospital and Howard County General Hospital all have recognized the value in working together.”