Event Focuses on the Human Aspects of Medical Care

Event Focuses on the Human Aspects of Medical Care 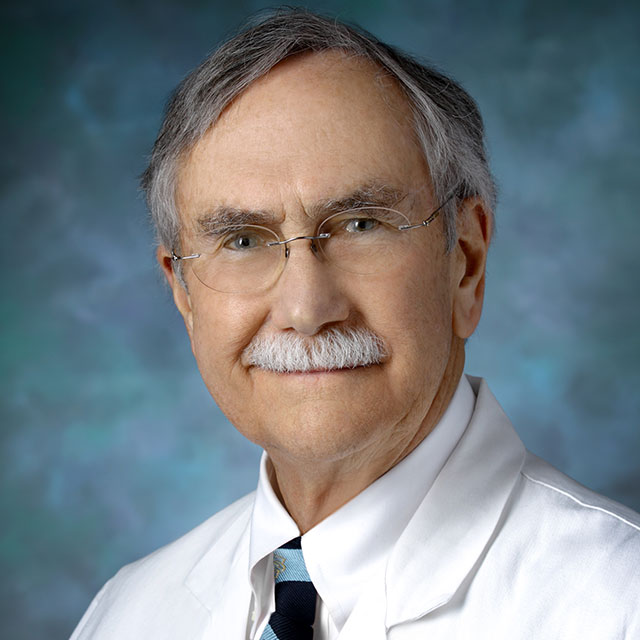 Charles Cummings, the first in his family to become a doctor, says he chose the medical profession for a self-interested reason.

“I get personal gratification from seeing people benefit from what I can do to help them,” says Cummings, a distinguished service professor at Johns Hopkins.

In particular, he went into otolaryngology–head and neck surgery with a focus on malignant disease because he wanted meaningful, long-term relationships with patients. “You try every way possible to extricate them from the disease, and you live with them through the success or failure,” he says. “No other profession in the world does that.”

Yet studies and surveys show that the “personal gratification” that comes from providing care and forging relationships is increasingly elusive for doctors who now spend hours each day interacting with computers instead of patients.

Cummings and fellow otolaryngologist Yuri Agrawal will address the problem and potential solutions during the Symposium on Humanism and Medicine: As If the Patient Mattered, a Dec. 14 event at the Turner Auditorium.

“We’re trying to recalibrate and focus on the things that got us into medicine,” says Agrawal. “Providers can get overwhelmed by the regulatory aspects of the job, but how can we reconnect to the aspects that keep us connected to the profession and inspire us?”

Sponsored by the John Conley Foundation for Ethics and Philosophy in Medicine and the Johns Hopkins University School of Medicine, the symposium is free and includes lunch, coffee and parking.

John Conley, a renowned head and neck surgeon at the College of Physicians and Surgeons at Columbia University, created the Conley Foundation in 1991. He died in 1999, at the age of 87.

In 2016, Cummings, who serves on the foundation’s board, collaborated with Agrawal on a similar event, also sponsored by the Conley Foundation. It attracted about 350 people, including clinicians and patients, who heard insights from well-known physician-writers Kenneth Ludmerer, Danielle Ofri and Abraham Verghese.

“About a year ago, Yuri said, ‘Let’s do it again,’” says Cummings. This time, they hope for as many as 500 attendees.

“The theme remains the same — not only preserving but enhancing the human aspects of medical care,” says Cummings. “I think young people still go into medicine with the purest of intentions, and it’s important to recognize that. Otherwise, we risk losing both the quality and the number of people going into medicine.”

If You Plan to Go

The Symposium on Humanism and Medicine: As If the Patient Mattered is open to the public and free of charge.

Sponsors: John Conley Foundation for Ethics and  in Medicine and Johns Hopkins University School of Medicine

'The Things that Got Us Into Medicine'

“We’re trying to recalibrate and focus on the things that got us into medicine.”