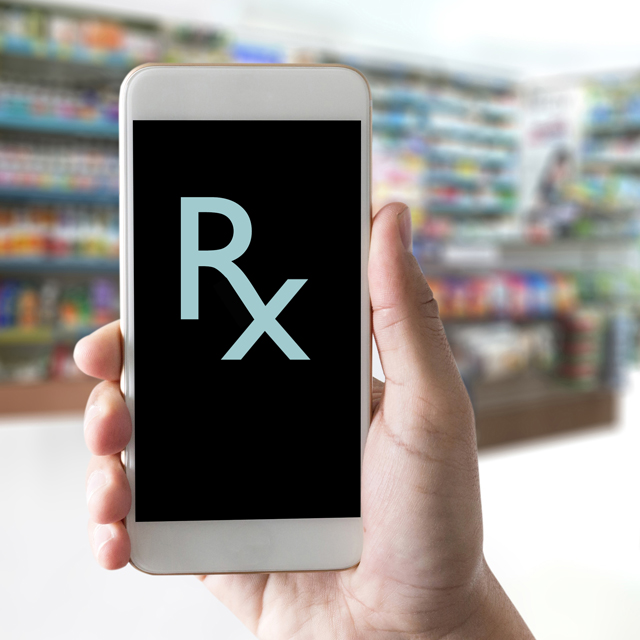 Providers who prescribe controlled substances can now submit the prescriptions to pharmacies electronically.

The new capability is expected to improve the security of prescriptions by eliminating printouts, save time for both providers and patients, and allow providers to prescribe fewer medications at a time, says Michelle Campbell, administrator for ambulatory operations for Johns Hopkins Medicine.

“We jumped at the opportunity,” says internal medicine doctor Michael Fingerhood. “It’s more convenient for patients and for me. It’s a better practice to send the prescription directly to the pharmacies. It meets the goal of making Hopkins easy.”

So far, about 1,300 physicians, nurse practitioners and physician assistants have signed up, Campbell says. One is Sophie Lanzkron, director of the Sickle Cell Center for Adults at The Johns Hopkins Hospital. “We write a lot of opioid scrips,” says the hematologist. “This is so much more secure and efficient.”

Before signing on with e-prescribing, Lanzkron says, her clinic had prescription pick-up days three afternoons a week. “Patients would come through and we’d have to go get the scripts out of the safes,” she says.

The clinic sees patients from all over Maryland and from neighboring states, so some traveled considerable distances for the prescriptions. Then they had to take the piece of paper to their pharmacies and either wait for the request to be filled or come back for it.

Now, Lanzkron says, patients are notified by their pharmacies when the prescriptions are ready. “It eliminates a step in their lives,” she says.

As required by the federal Drug Enforcement Agency, the e-prescribing system relies on a double-authentication approval that prevents misuse, Campbell explains.

The providers then download the free Imprivata ID app to their own smartphones.

Once enrolled, when users prepare to write an e-prescription for a controlled substance, an additional window pops up in Epic. The provider then signs in with their JHED password and a six-digit code that the app sends to their phones, and the prescription goes right to the patient’s pharmacy of record. Campbell notes that about 90 percent of pharmacies in the region allow e-prescriptions.

“It does create some safety around not having a paper prescription with a doctor’s signature out there,” she says.