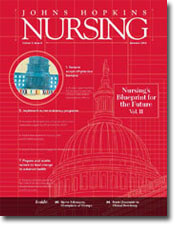 Leveling with Safety
Dome, May 2013

A Second Act of Compassion
Dome, May 2013

Q&A with Karen Haller, VP of Nursing and Patient Services
Dome, May 2010

Nurses Making a Difference
Dome, May 2010

How our PICU Nurses Handle Being Snowed-in
Dome, February 2010

Find out how we practice Family Centered Care at The Johns Hopkins Hospital.
[MP3, 5:00] 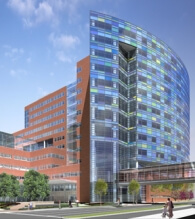