Psychiatry Newsletter - In Gratitude for Two Lives Turned Around

In Gratitude for Two Lives Turned Around 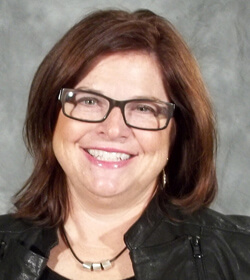 Of her experience with Johns Hopkins’ Eating Disorders Program, Jeanne Robinson says, “I want to shout it from the mountain tops: These people are amazing!”

When Jeanne Robinson offered to host a fundraiser at her home to benefit the Johns Hopkins Eating Disorders Program, director Angela Guarda agreed, expecting about 30 people. Instead, some 375 attended the 2012 event, which raised $87,000.

It was so successful that Robinson hosted a wine-tasting and educational event again this past December that netted an additional $125,000. Part of the funds raised will support an  educational symposium for physicians to recognize the signs of eating disorders (see page 4).

Says Robinson, “I wanted to thank Dr. Guarda for changing my daughter Stephanie’s life. I also wanted to make sure other health professionals knew about this valuable resource right here at Hopkins. For the community, I wanted to lessen the stigma around eating disorders and mental illness in hopes that more people would seek treatment. Only one in 10 people receives treatment for eating disorders.”

As a sophomore in high school, Stephanie was diagnosed with drug-induced autoimmune hepatitis spurred from taking acne medicine. The recommended treatment was prednisone. When Stephanie read that weight gain was a side effect of the medication, she became extremely cautious about what she ate. Over the next 16 months, she went from being a varsity basketball athlete to a bedridden invalid. She was repeatedly admitted to Johns Hopkins with gastrointestinal problems and spent 10 weeks at Kennedy Krieger Institute, where she had surgery to place a cecostomy tube. On top of  fearing weight gain, she developed chronic abdominal pain and fear of constipation, and was vomiting.

At that point, the Robinsons met Guarda. After reading Stephanie’s entire medical file, Guarda said Stephanie had developed an atypical eating disorder and that Guarda could help.

“I was overwhelmed with relief,” Jeanne Robinson says. “Dr. Guarda was the absolutely perfect person with the perfect program. She changed Stephanie’s trajectory in life.”

Through the education and family counseling she received, Robinson recognized that her older daughter Amanda, attending college in St. Louis at the time, had bulimia. Amanda ultimately returned home to Maryland and, under the care of Graham Redgrave, also participated in the eating disorders program.

“The program helped us assist our daughters and taught us how to transfer the structure of the unit to our home after their discharge,” Robinson says. “We gradually were involved in eating meals with our children and in setting appropriate limits when necessary to help them change their behavior and to avoid unwittingly reinforcing or enabling ill behavior.”

Today the young women are thriving. Stephanie is studying in New York at the Fashion Institute of Technology, majoring in advertising and communications, while Amanda has enrolled in an accelerated nursing program at Georgetown University in Washington.

“I have the utmost respect for Drs. Guarda and Redgrave,” Robinson says. “Their program helped my girls get better while all along preparing them to step back into their lives at full-speed, without missing a beat.”