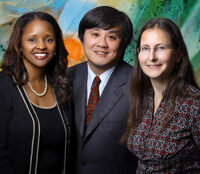 When Akira Sawa visited his native Japan this summer—he’d had an established psychiatric practice there—he was asked by friends to see their son, diagnosed with schizophrenia as a teenager. Over the years, the now middle-aged patient* hadn’t really responded to any medication. Deeply psychotic and depressed, the man had twice swallowed handfuls of aspirin but escaped serious injury.

The meeting had a profound effect on Sawa.

“I realized after the visit,” he says, “how much that one patient reflected what we need to do for schizophrenia in the world in general and at Hopkins in particular.” Now, in part because of fine-tuning taking place in Psychiatry’s approach to schizophrenia (SZ), and partly due to dramatic opportunities for research partnerships (see box), Sawa, who heads Hopkins’ Schizophrenia Center, envisions something of a sea change.

The goal is to improve life for SZ patients, and the Hopkins route there will likely become more global, including more clinical research with a sharpened focus that builds on the department’s already strong patient care and bench science.

Look again at the Japanese patient. He resisted taking his pills. “And he had never been prescribed clozapine,” says Sawa, “though it’s probably the most effective compound for treatment-resistant schizophrenia.” Clozapine was approved a mere two years ago in Japan due to concerns about side effects, and use there still is uncommon. Those concerns, while serious, were addressed years ago in U.S. centers, through targeted prescribing and closer patient monitoring.

“So global health means we might offer useful approaches not realized in other countries,” Sawa says. He envisions monitoring internal health systems worldwide: “If we learn what’s missing in, say, China, the Middle East or Africa, we can suggest partnerships for education and care. Far from being one-sided, the collaborations would benefit everyone.” For example, he adds, if they resulted in worldwide clinical trials, the larger numbers would make results more trustworthy and hasten therapy.

Meanwhile, at Hopkins, the clinical research infrastructure and expertise needed for good trials have long existed in the Meyer 5 unit under clinician-neuroscientist Russell Margolis. And Sawa draws on his own deep experience in SZ’s basic science research, as well as clinical skills, to suggest two new hypotheses to test—low hanging fruit that could yield benefits more quickly.

The first idea is that early intervention can make a difference in treating schizophrenia. Underlying that are just-finished studies at Hopkins and elsewhere showing major changes in brain neurochemistry and anatomy shortly after SZ’s onset. Yet current treatment, Sawa points out, aims most at chronic illness. The real need is to detect the disease early—think biomarkers—and find who’s most at risk.

The second hypothesis, that SZ is systemic and not confined to the brain, stems from news that certain antipsychosis medications raise patients’ risk of obesity and type 2 diabetes—the troubling metabolic syndrome. “But what if schizophrenia itself does something to the body that makes people more prone to this?” Sawa asks. “Understanding the underlying process might not only let us damp down metabolic syndrome and end that side effect, it might also make patients more open to taking medication.”

It’s possible, he speculates, that—like the tail wagging the dog—addressing the syndrome might work on some of schizophrenia’s harder-to-treat symptoms. “All this is open to explore,” says Sawa. “The time is ripe and we’re in an ideal place to find answers.”

Opportunities have opened at Hopkins to improve schizophrenia’s outlook in ways that go beyond research. There is also support for medical training and public outreach: