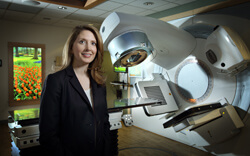 Patients who’ve been treated for cancer often complain that their thinking is different, and not in a good way. They talk about fuzzy thinking and call it “chemo brain,” a term that’s become part of the lexicon for describing the post-treatment effects of cancer therapies on cognition.

Also called chemo fog or, more formally, cancer-related cognitive impairment, the problem can be short-lived or ongoing. In some breast cancer survivors, effects on thinking have been measured as far out as 20 years.

Johns Hopkins neuropsychologist Tracy Vannorsdall, who specializes in the cognitive and psychological impact of major medical treatments, counsels many patients with cancer. “Chemo brain causes some patients significant functional and psychiatric difficulties,” says Vannorsdall. “Even people who return to their previous life may say their thinking is less fluid and spontaneous than it was before the cancer and its treatment.”

Classic indications of chemo brain include disorganization, fatigue, mental fogginess, loss of attentiveness, trouble recalling conversations, and trouble with memory and mood changes, among other symptoms.

Vannorsdall listens to patients’ concerns—which often include descriptions of sleep difficulty, fatigue, anxiety and depression—and provides neuropsychological testing to identify strengths that can be harnessed and challenges for which she can usually recommend a workaround. “For those who feel distressed,” says Vannorsdall, “obtaining data about their thinking and personalized advice for improving their functioning can be especially useful.”

As patients live longer, continue to work and want a satisfying life, chemo brain is gaining ground as a focus of cancer research. Although cancer itself, surgery, radiation treatment, comorbidities, hormones and even genetic factors could all contribute to chemo brain, little data exist about the neurocognitive effects of different types and courses of cancer treatment.

In vivo and in vitro research involving mice and human cancer cell lines has shown that cancer treatment can cause inflammation, vascular damage, and white and gray matter pathology. The chemotherapeutic agent 5-fluorouracil, for example, can reduce neural progenitor cells by as much as 55 to 70 percent. It also damages myelinated tracts of the central nervous system and alters transcriptional regulation.

Vannorsdall and Johns Hopkins colleague Kristin Redmond in the Department of Molecular Radiation Oncology and Radiation Sciences are looking at ways to prevent injury to regions of the adult brain that house progenitor cells, particularly the hippocampus and the subventricular zone. The hippocampus is involved in learning and memory functions, while the subventricular zone is a known site of active neurogenesis. In their research, they are shielding these regions during prophylactic brain radiation in patients with small cell lung cancer as well as in those receiving treatment for glioblastoma multiforme.

“We need long-term studies like these,” says Vannorsdall, “to refine treatment decisions and reduce chemo brain and its emotional consequences.”