Psychiatry Newsletter - Why We Still Use Lithium

Why We Still Use Lithium 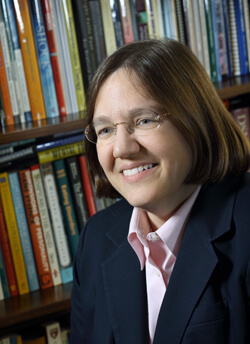 Karen Swartz often starts treatment of bipolar disorder with lithium because it has the most evidence behind it.

Recently, a patient came to The Johns Hopkins Hospital from across the country for treatment of bipolar disorder. Expecting that there was something new he could try, he was at first surprised, and even a bit disappointed, by his prescription. But after starting two of the oldest medications around—including lithium—he reported feeling better than he had in years.

“There’s always enthusiasm for new treatments for bipolar disorder in hopes they will have fewer side effects and provide additional options for treatment,” says Karen Swartz, who directs Johns Hopkins’ Mood Disorders Consultation Clinic. “But we want evidence-driven treatments, and even though lithium is the oldest treatment for bipolar disorder, it still has the strongest evidence supporting its efficacy, which is why it’s a medication we commonly use.”

Although it was neither double-blind nor placebo-controlled, the initial 1949 report by Australian psychiatrist John Cade describing lithium’s therapeutic effects in  patients with acute and chronic mania has not only stood its ground ever since, but has also been well validated.

Among the examples Swartz cites is the 2010 BALANCE trial, which found that lithium was more effective at preventing mood symptoms than valproate, and that the combination of lithium and valproate was better than valproate alone. In a 2013 metanalysis, lithium was more effective than a placebo in reducing the number of suicide attempts and deaths, while another study found that patients taking lithium were rehospitalized for mood symptoms less than patients taking valproate.

“The caveat,” says Swartz, “is that you have to make sure patients are willing to participate in the treatment.” Because lithium’s narrow therapeutic window means patients require frequent blood level, thyroid and kidney monitoring, “sometimes that can make lithium less appealing,” says Swartz.

Other issues that patients need to understand include how some medications, such as ibuprofen, or medical conditions like a urinary tract infection or dehydration can alter their lithium levels.

“We’ve become pretty sophisticated on how to dose, treat and monitor lithium,” says Swartz. “We’ve come to appreciate that lower doses can often be just as effective, so it’s a medication that more people can tolerate. If we work with patients and find that they do just as well with control of their mood at a lower dose, it can be a way to decrease their side effects.”