Stigma from the Ivory Tower? 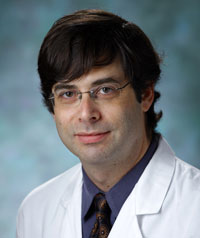 Most medical centers keep patients’ psychiatric files private and separate from their other medical records. It’s a rule meant to help vulnerable patients and squelch stigma. “But for patients’ best care, it’s a rule that needs to be broken,” says psychiatrist Adam Kaplin. No one has shown that patient psyches suffer when a non-psychiatrist acknowledges a mental disorder, he says. “And far from preventing stigma, ‘protecting’ psychiatric information goes a long way to entrench it.”

Recently, Kaplin and colleagues surveyed 18 of the top hospitals as ranked by U.S. News & World Report, partly to check the spread of electronic record-keeping, but mostly to see if patients’ mental health records are passed to non-psychiatrist physicians down the hall.

The research, he says, is “very basic but necessary. Nobody’s been asking the question: Does it make a difference if we share?”

Apparently, it does. Psychiatric patients in centers that kept electronic records and provided full, across-discipline access to them were as much as 40 percent less likely to be readmitted to the hospital within the first month after their discharge.

While online record-keeping systems alone brought some drop in hospital re-visits—as did sharing access to patient records—combining the two, Kaplin says, brought the greatest benefit. The study appeared in the April International Journal of Medical Informatics.

Afraid of misunderstanding, Kaplin asked psychiatrists in the “sequestered records” hospitals why they held that policy. “They told me that patients will get biased care from other doctors due to the stigma of mental illness,” he says. Also, there’s the idea that sharing records won’t work because psychiatric issues are so sensitive. “But I say it’s all sensitive. Nobody’s patient wants to hear from their dermatologist, I see you’re incontinent, Mr. Jones.”

Key among reasons for shared access is safety. Without it, clinicians lack a full picture of a patient’s medications. Drug-drug interactions are a real concern. “But the take-home message is that otherwise, we ‘protect’ patients from better care and encourage a down-home kind of stigma,” Kaplin says.

“If we’re not willing to treat psychiatric illness like its somatic cousins, how can we expect our colleagues outside psychiatry to do that?  You can’t say this is just like diabetes, then tell other doctors but don’t look.”