Psychiatry Newsletter - More Than a Million Blows to Discrimination

More Than a Million Blows to Discrimination 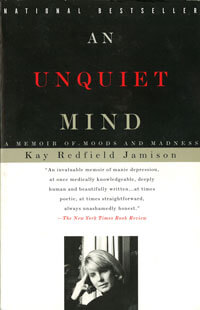 In An Unquiet Mind, Kay Redfield Jamison’s 1995 memoir that describes coming to terms with her bipolar disease, she writes:

“I have no idea what the long-term effects of discussing such issues so openly will be on my personal and professional life, but whatever the consequences, they are bound to be better than continuing to be silent.”

This year, the book has topped the million sales mark. Jamison herself has received more than 10,000 letters from readers. And An Unquiet Mind continues to be an informal support for patients at Johns Hopkins, providing, one clinician says, “a hopeful, human face to mental illness.”

It’s also a potent antidote to stigma and its dark outcomes.

“I’ve been acutely aware of the kinds of jabs, jokes and wounding stereotypes that mental illness brings out in many people, but it was only when I wrote a book about my illness that I became truly aware of the extent of discrimination.”

She has particular concerns about “the silently successful”—those who get well because of good clinical care but who, out of fear, don’t speak out to counter discrimination. What remains, then, in the public eye, she says, “are the great mass of inadequately treated,” those who make newspaper headlines. “What’s not seen are all the successful people who show up for work, who compete and lead good lives.”