Psychiatry Newsletter - Pushing over the borderline

Pushing over the borderline 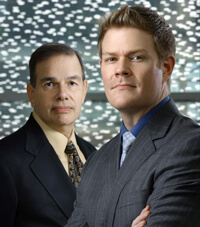 Success for patients with “borderline” requires perseverance, both patients’ and therapists,’ say Frank Mondimore and Patrick Kelly. That persistence is salvaging lives, they explain in their book Borderline Personality Disorder: New Reasons for Hope.

They can be manipulative, demanding, emotionally explosive; they damn their therapists then idolize them; they catastrophize; they violate boundaries; they resist correction. At a recent Hopkins Grand Rounds, psychiatrist Glenn Treisman shared a list of descriptors currently “out there” on patients suffering borderline personality disorder (BPD), a diagnosis that emphasizes high emotional instability.

Treisman’s list is more realistic than what his colleagues Frank Mondimore and Patrick Kelly found when researching their new guide for patients. Decades ago, as “borderline” became more defined, the psychiatric literature on BPD spilled over with unbridled frustration. No clinician today would describe clients as parasitic or evil. Yet, says Kelly, “many still see BPD as the most difficult psychiatric condition to treat and patients’ chances for a happy life as elusive. Our view is changing, however.

“It’s true that patients’ negative behaviors can swirl everybody else into a tornado,” he adds, “but the evidence tells us they don’t idly threaten suicide or cut themselves for pleasure or out of anger, but from internal turmoil. They feel awful themselves.” And it’s that message the Hopkins clinicians want to emphasize, along with a realistic optimism about therapy.

What underlies the change are new signs of BPD’s basis in biology—twin studies show roughly half of the risk of having it is genetic. Also, there’s greater insight into how environment brings it out. “I don’t think BPD is a disease,” says Treisman. “It’s an identifiable pattern of dysfunction. And there’s a little of the borderline in all of us.”

What likely happens, the clinicians say, is that biology undermines a child’s ability to regulate emotion just as it brings an unusual sensitivity to stress. “We see this dysfunction as early as age 3,” says Kelly. “Then, if kids find themselves in an environment that can’t teach how to handle their emotional extremes,” Mondimore adds, “or worse, if they’re reinforced for handling them badly, that gives them feelings of control.” By adolescence, what gets ingrained is the tiny reward in getting some response from their negative behavior. Unfortunately, patients can’t see where this is headed.

So what to do?  Hopkins has no dedicated BPD center—few academic medical institutions do. Therapy for adolescents (column,right) centers on intense out- or inpatient care where a team approach and a set psychotherapy protocol is key. For adults, clinicians well versed in “borderline” take on patients longer-term.

Almost all treatment first aims to change behavior. “Manage that,” says Treisman, “and the feelings will follow.” The idea is to heighten young or older patients’ awareness of their flawed thinking, then engineer an override of emotion that will become second nature.

“These are people who’ve come to rely on their own self-destructive behavior,” says Treisman. It’s far from simple, he says, “but if you switch that behavior to something so positive that they’re rewarded for it, then you do well by them. You focus on good behavior and push them through.”