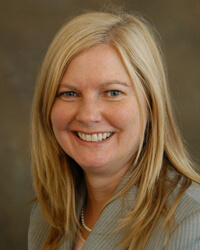 She* was raised in a family with no psychiatric history, though she herself suffered atypical anxiety after a childhood move to another state. Now in her early 40s, she has a stable home life with a partner, a good job and friends. At the recent death of her brother and little dog in one month, however, anxiety returned, as did chronic insomnia and potent feelings of abandonment that would strike out of the blue. The benzodiazepines prescribed by Ms. D’s GP helped, but as the medication ended, she felt worse than before. She was also reluctant to see a psychiatrist.    *Key facts have been changed to ensure patient privacy.

No psychiatric patient is truly “garden variety.”  But when Ms. D (box) described her treatment under Meg Chisolm for a Grand Rounds audience, the patient’s relatively straightforward problems were a good background to highlight the healing potential of a graceful blend of medication and psychotherapy.

Chisolm’s recent talk, “Prescribing Psychotherapy,” wasn’t meant to applaud a cure. Rather, she made a case for why psychiatrists mustn’t lose the balance between prescribing and persuasive talking that marked the profession only a decade ago.

In addition to having 20 years of ongoing psychiatric practice, Chisolm oversees psychotherapy training for Hopkins’ first-year residents and is a psychiatrist with the Center for Addiction and Pregnancy. She trained under Hopkins pioneer Jerome Frank, benefiting from his exacting analysis of the different psychotherapies.

And Ms. D? Chisolm diagnosed her with anxiety and mild depression in a setting of bereavement. She prescribed citalopram and offered her one-on-one cognitive and behavioral psychotherapy, tapering and returning to both approaches until she was well.

“Talking with someone initially made me anxious,” Ms. D said, “but I realized that simply having [Chisolm] to talk to made a difference. So did the antidepressant. It somehow made it easier to take in what she said and a weight lifted. This ‘one stop’ system worked for me. I wouldn’t want to lay out my fears to someone who’d then report them to my psychiatrist.”

Do you find it strange that you must urge psychiatrists to embrace psychotherapy?

Yes, given its dominance in 20th century psychiatry. Psychotherapy has always been a way to sustain a healing relationship with a person who is suffering, to paraphrase Jerome Frank. It can persuade someone in distress to think and behave differently, which explains its wide use before there were drug therapies. Today, with both, psychiatrists have expertise not shared by other professionals. They’re “ultimate integrators”—not my phrase—of the perspectives that biology and psychology offer. For example, it was clear that Ms. D had a greater need for psychotherapy than medication. But because an antidepressant can enhance psychotherapy, she got both.

But now, a handful of forces have brought a sea change. Between 1996 and 2005, the percentage of psychiatric visits involving psychotherapy dropped from 44 percent to 29 percent—that’s a 35 percent decrease in less than a decade!

Talk about these “forces.”

Here’s a sample. As an increasing number of pharmaceuticals are marketed directly to consumers, many of them now demand medication. Because managed care tells us costs are shaved when someone sees a psychiatrist only once or twice a year for a 15-minute medication management, companies now reimburse psychiatrists better for doing that than for psychotherapy. Even the DSM, which started as a research tool, has led to overly simple treatment protocols.

Arthur Kleinman, the medical anthropologist, nails it. He says that while we all benefit tremendously from medical technology, “so heavy is the weight of it that it’s easy for the expert to lose the person.”

Are we losing the whole person?

I’d like to see the world adopt the Hopkins approach, which aims to understand who patients are, what’s happened in their lives, what they’re doing. Then we need to know if there’s a disease that’s come upon them. Don’t do a thorough evaluation and you deconstruct people into little compartments. You end up—unwisely—treating a disease, not the patient who may have it.

Preliminary studies say just the opposite, but the truth is that hasn’t been studied enough and needs to be.

No. Our psychiatry residents are competently trained in psychodynamic psychotherapy and cognitive behavioral therapy. Perhaps the idea is out there because we don’t put any one technique, like Freudian, on a pedestal. The art lies in applying both psychopharmacology and psychotherapy skillfully, in knowing when to emphasize one or to add something else.